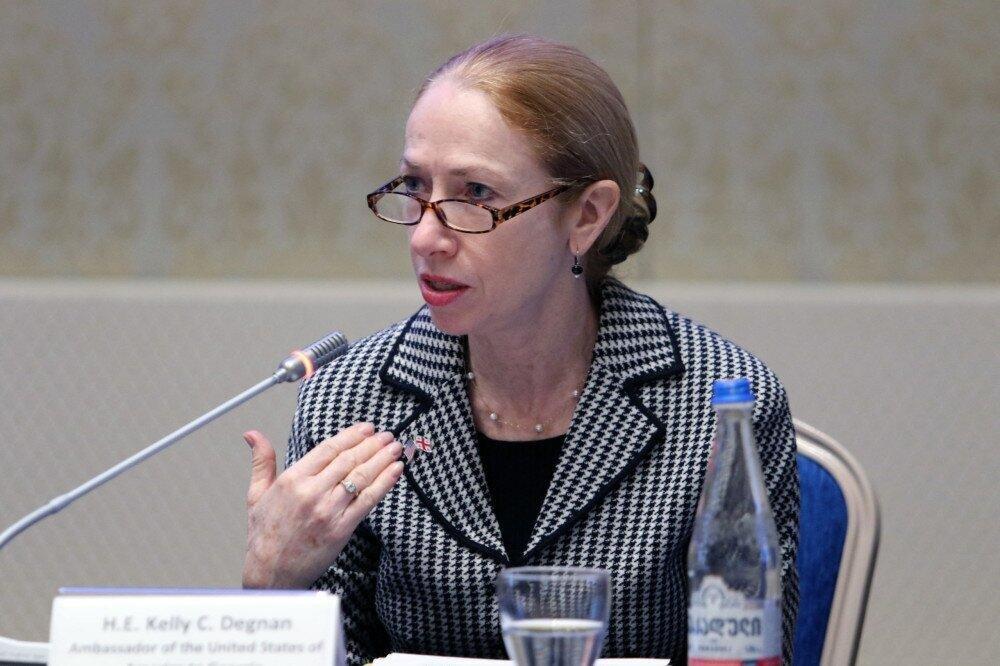 US Embassy in Georgia celebrates the 30th anniversary of diplomatic relations, partnership, and friendship with Georgia this year. US Ambassador to Georgia, Kelly Degnan delivered a speech on this occasion, noting that the United States has allocated almost USD 6 billion in assistance funds to Georgia, in addition to other forms of support.

“We’ve been privileged to support a remarkable number of successful initiatives with Georgian partners who are determined to see this country reach its full potential as a strong, independent democracy.

In the early days, U.S assistance was primarily humanitarian – including food and medicine – as we helped Georgia weather the fighting and mass displacement in the 1990s and handle the transition to a market economy. As the situation stabilized, we adjusted our support to meet the priorities identified by our Georgian counterparts. We began to provide development and economic assistance to help Georgia establish democratic and free market institutions that are essential to promoting and safe-guarding prosperity and human dignity.

As Georgia has grown and matured as a state over the years, U.S. assistance has changed as well, always aligned with the people of Georgia’s needs and priorities. Much of our assistance these days is less obvious than previously. That is as it should be, as Georgia, compared to the early years of independence, has developed its own abilities and resources to provide for the country’s needs. Our role has shifted over time to being more behind the scenes, working with Georgian organizations, including the government, civil society and companies to achieve our shared goal of a strong, prosperous Georgia.

For example, for many years, the United States helped pay electricity bills for some of Georgia’s most vulnerable citizens. Later, after the 2008 war, we transitioned to helping rebuild the national grid. Today, we are supporting technical reforms to create a transparent, functioning energy market that helps Georgia integrate with the European energy community. All this helps reduce energy costs and create a more reliable system that is less dependent on Russia. This shows how much Georgia’s energy system has changed over the last thirty years, and the nature of our assistance has changed to reflect Georgia’s increased capability”, - US Ambassador to Georgia noted in her statement.

She noted in her speech that the US cares about Georgia’s progress because they care deeply for the Georgian people and believe Georgians deserve to achieve their goal of being a full-fledged part of the trans-Atlantic family.

“Our vision for the next 30 years and beyond is an optimistic one that promotes peace, a healthy democracy, and prosperity in the region, but it faces challenges that need to be addressed today. Georgia’s economy is struggling to offer sufficient economic opportunities to keep many of its most talented citizens from leaving, at a great loss to the country. In addition, Georgia’s political, legal, and governance institutions remain under-developed and fall short of meeting its democratic ideals, stunted by a highly partisan and polarized political environment.

As we have seen recently in many countries, impartial democratic institutions are the best defense against autocratic tendencies and those who will do almost anything to hold on to power. Georgia’s history shows these short-sighted tendencies are incredibly dangerous and risk much of the progress made over the last 30 years. An autocratic Kremlin appears determined to use its full array of power to foment confusion and deepen divisions, with the goal of undermining Georgia’s sovereignty, unity, and stability. Especially while Georgia fights against the occupation of nearly 20% of its territory, the people of Georgia need to stand strong and united to face down their external enemies”, - Kelly Degnan declared.