There Is Unjustified Difference In Prices And Quality – Association 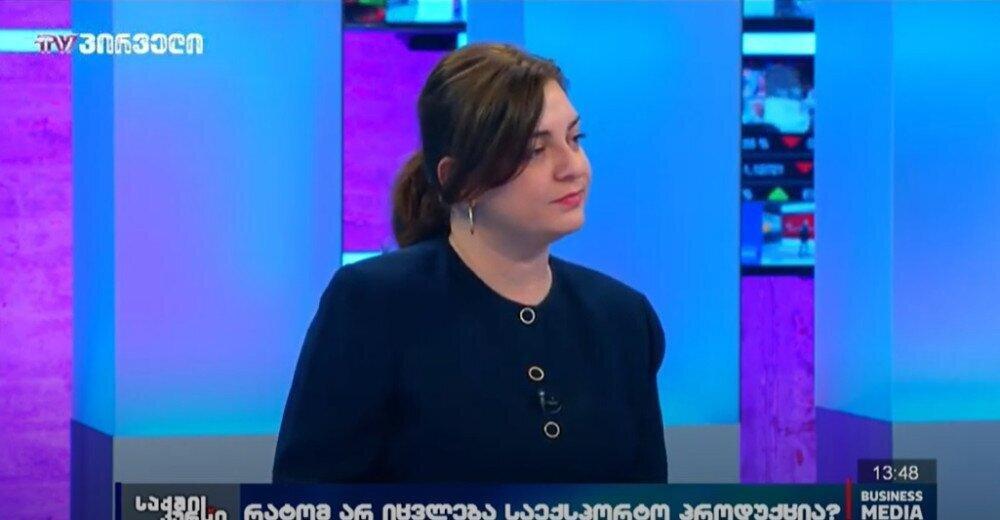 The National Statistics Office of Georgia (Geostat) released a report on the External Merchandise Trade (excluding non-declared trade) of Georgia in 10M21. Turnover amounted to USD 13 billion during this period, 25% up from the last year. Exports increased by almost 27%, although it should be noted that local exports account for almost 74% of total exports, with the rest coming from re-exports. Also, compared to 2016, local exports have doubled. Nevertheless, the products Georgia sells abroad have practically not changed. Anna Kvaratskhelia, Chairperson of Supervisory Board of the Export Development Association, evaluated these indicators with TV-show Business Course.

According to Anna Kvaratskhelia, problem is that basically the top ten export products are mostly raw or primary products. She notes that customers don’t buy locally produced products and give the advantage to purchase imported one because there is an unjustified difference between in price and quality.

"There is an unjustified difference between in price and quality. Our products are so expensive without high quality that locally produced products cannot compete with the EU, which are much cheaper.

Several factors are considered while setting the quality and price, including technology, education, production costs, logistics, transport. The cost of logistics and transport in Georgia is quite high. Consequently, we cannot compete with others in different markets. Investments are very important in this regard. When we talk about exports and discuss it without investments, it is unimaginable", said Ana Kvaratskhelia.