This Is a Fifth Setback in the Area of the Judiciary and Rule of Law in Georgia, Within Only Four Months – EU Ambassador 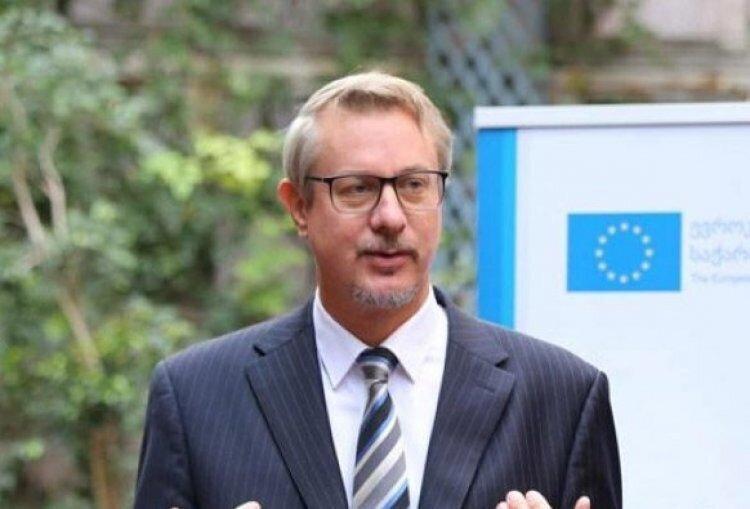 Back
EU Ambassador Carl Hartzell has commented on the appointment of two members of the High Council of Justice.
"On 31 October, the Conference of Judges of Georgia elected two new judge members of the High Council of Justice. These appointments took place on the day after local elections and only four days after the publication of the Conference’s agenda. The appointees’ predecessors, two women, had unexpectedly resigned from their mandates whose terms had not expired. No announcement of candidates was made in advance of the appointments.
The appointments were hasty, non-transparent and non-competitive. They were therefore at odds with Georgia’s commitments aimed at increasing the independence, accountability, quality and trust in the Judiciary, in line with the EU-Georgia Association Agreement.
This is a fifth setback in the area of the judiciary and rule of law in Georgia, within only four months. It follows the further appointments to the Supreme Court on 12 July which lacked “integrity, objectivity and credibility” according to the OSCE/ODIHR, the failure to fulfil the necessary judicial conditions to receive an extra 75 million EUR in EU macro-financial assistance by September 2021, the non-adoption on 7 September of the constitutional amendments on the Prosecutor General’s appointment and the lack - so far - of credible investigation and prosecution of the organisers of the 5 July violence targeting over 50 journalists and activists.
These developments demonstrate yet again the urgent need to launch an ambitious judicial reform through a broad, inclusive and cross-party reform process, to which the Georgian political parties committed.
The European Union calls once more on the Georgian authorities to uphold their reform commitments, including in the justice sector, in the interest of Georgian citizens and of the future of EU-Georgia relations.
The European Union reiterates that, while it remains fully committed to support Georgia’s reforms in line with the EU-Georgia Association Agreement, the EU’s assistance to Georgia remains conditional on progress on key reforms." - the statement reads.
Carl Hartzell Judicial Reform