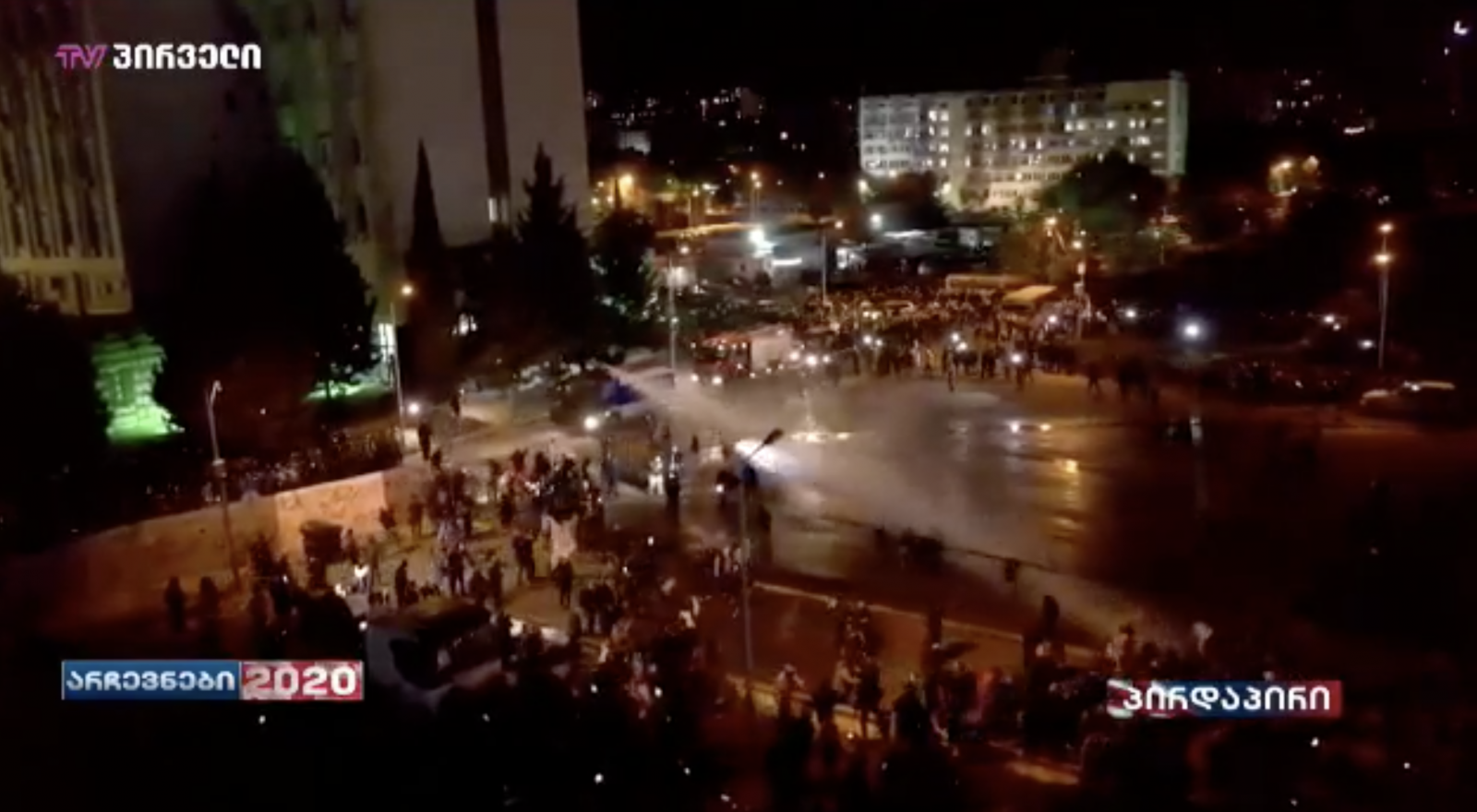 Back
“Using water cannons has its own rule! This is a crime, what’s happening before the CEC headquarters now!” – Ucha Nanuashvili, former Ombudsman of Georgia wrote on his Facebook page.
“This means exceeding power. UN has its standards on this – Nanuashvili wrote – Water cannons can be used during the mass disturbances – only when the citizens’ health or property is directly affected”.
Thousands of protesters led by major opposition parties are now rallying at the Central Election Commission, demanding the resignation of the CEC chair and scheduling new elections. The protest started at 15:00 pm. near the Parliament of Georgia where the opposition aired its ultimatum for the CEC chair to resign and the date for the new elections to be set.
After the ruling party – Georgian Dream did not meet the ultimatum, the opposition decided to move to the CEC premises. TV live videos showed how water cannons were used by the police on a number of protesters outside the Central Election Commission building before the larger crowds led by the opposition leaders had joined in CEC headquarters.
Later the Ministry of Internal Affairs (MIA) released an official statement where it said that protesters tried to overtake the CEC building, “as seen in the footages and which has been averted by the police. ”The key matter with these elections is the ability of the Georgian Dream to form the government unanimously. ISFED - an election watchdog had said earlier that the violations in counting ballots could affect the election outcome by 4.1%.
MIA ISFED Public Defender of Georgia Elections2020 CEC Ucha Nanuashvili