Welcome to the Investment Theme of the Metaverse 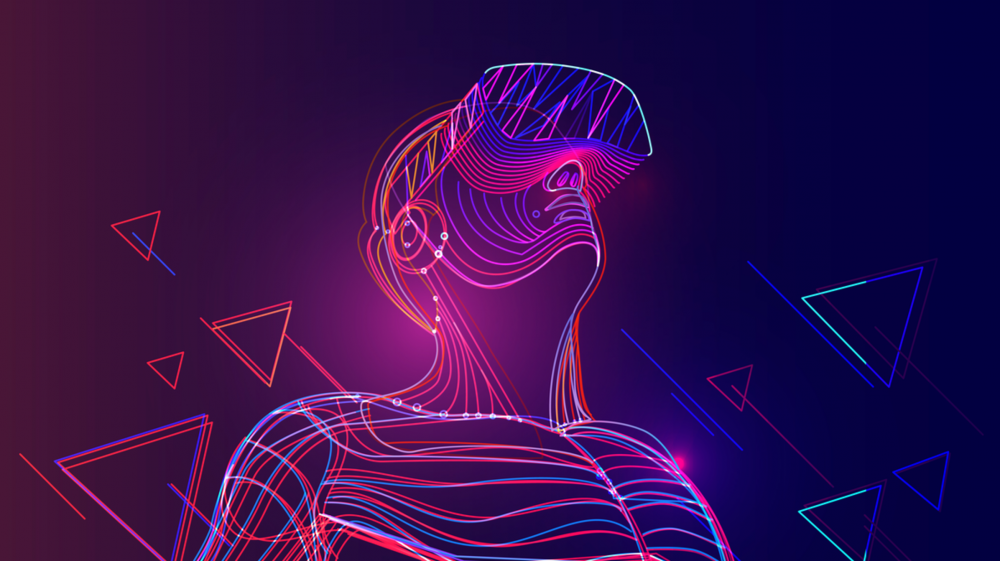 Back
Author:Rainer Michael Preiss
According to the book of Ecclesiastes: There Is Nothing New Under the Sun.
The Metaverse however could be different and indeed a new world under the virtual sun. The metaverse is a virtual environment where you can be present with people in digital spaces.

The metaverse is an embodied internet that you are inside of rather than just looking at. The metaverse is going to be the successor to the mobile internet.
The term was first coined by writer Neal Stephenson in the 1992 dystopian novel “Snow Crash.”
“Metaverse” (a portmanteau of meta; Greek for “beyond”, and “universe”) or AR augmented reality cloud could become more investment mainstream in the months and years to come.
Never have people around the world connected in such diverse and intense ways as they do today. Never before have they been able to use such fast computers, such detailed data, such sophisticated algorithms, such sensitive sensors, and such convenient communication channels.
Like bitcoin and crypto in 2017, far-sighted investors increasingly consider the investment theme of the metaverse and potential “route to market” into client investment portfolios. After bitcoin rose from less than 1000 dollars to over 50,000 dollars, traditional banks who first tried to ban clients from investing in crypto assets now increasingly and by popular demand make crypto available to clients just at the time, as cryptocurrencies start to transition into the metaverse.
The narrative of “In the metaverse, “big gaming will be big tech” is increasingly in vogue in Silicon Valley and is considered the next big thing on the internet and potentially in investment returns.
Mark Zuckerberg is trying to reinvent Facebook into a metaverse company, Away from being a social media company to be a metaverse company. Having 10,000 engineers working on the metaverse.
Mr. Zuckerberg argues that the metaverse is part of his company’s natural evolution, allowing people to move between virtual reality, augmented reality, personal computers, and traditional smartphones.
Mixed reality, XR extended reality, AR augmented reality, VR virtual reality is better understood as parts of the metaverse much like we would consider the mobile phone, a connected TV an internet-equipped car to be extensions of the internet or the mobile internet.
COVID has legitimized time in virtual worlds in a way that almost no other event could have. The metaverse enables individuals to participate in a way they could not before. The premise of the metaverse is strongly correlated around an interoperable, almost universal identity relate data and related entitlements.
Microsoft said it is “uniquely positioned” with a stack of artificial intelligence and mixed reality tools to help companies start developing “metaverse apps today.”
Apple is said to be building tools for augmented reality (AR) that could be in common use by over 1 billion devices around the world, and virtual reality (VR) has been rumored to be on the way as well.
The metaverse is different from today’s virtual reality, where clunky headsets offer siloed experiences and few chances to cross-play with people who own other gadgets. Instead, the metaverse would be massive communal cyberspace, linking augmented reality and virtual reality together, enabling avatars to hop seamlessly from one activity to the next.

Because of this, the gaming economy could become the new frontier for culture and investments.

Video games are a billion-dollar business and have been for many years. In 2020, the revenue from the worldwide PC gaming market was estimated at almost 37 billion U.S. dollars, while the mobile gaming market generated an estimated income of over 77 billion U.S. dollars.
Last year, $174.9 billion was spent on video games, having grown +19.6% year on year. For context, that is 2x the revenue of film and music combined

For investors, the metaverse is an opportunity, for analysts’ intellectual curiosity, and consumers, it is an enormous opportunity for the new benefit, for new experiences.
The metaverse can be thought of as the next stage of the internet evolution., becoming the transformational centerpiece of Web 3.0. like bitcoin not being owned by any corporation, the metaverse space is not owned by any single company yet.

In theory, you’d log on to the metaverse similarly to logging on to the Internet.
The Metaverse is an emerging tech asset allocation decision that is coming more important for investors hoping to get exposure to the next google or amazon and ecosystem that evolved.
The “metaverse” is a convergence of our physical and digital lives that is being brought on by advancements in internet connectivity, AR/VR, and blockchain.
The premise of the metaverse is strongly correlated around interoperable, almost universal identity-related data and related entitlements.
Critics argue the metaverse is an undertaking that would require standardization and cooperation among tech giants, who are not prone to collaborating with competitors and hence might take longer to establish itself as a sustainable investment trend.

A portfolio of globally listed companies who are actively involved in the Metaverse. However, is a good starting point for investors. Content, Assets, and Identity Services coupled with Companies developing infrastructure essential to the Metaverse could be of particular interest going forward.
The Metaverse and the world of opportunity it will open, are still underestimated by many investors.
ARK Research estimates revenue from virtual worlds could approach $400 billion by 2025.
Bloomberg Intelligence believes the market opportunity for the Metaverse can reach $800 billion by 2025.
The metaverse is still under the radar—outside the view of all but the most forward-thinking technologists. Exactly how long will it remain this way is anyone’s guess.
Could the metaverse become a global investment theme? how should global portfolios be positioned to best participate? will be important questions like 20 years ago How to invest in the internet investment theme.
In my opinion, the Metaverse could be the multi-trillion-dollar transformation that will reach and impact every part of the global economy.
Our metaverse future will undoubtedly take many years, serious technical advances, and billions in investment from deep-pocketed Big Tech groups to become a viable reality, but the coming Augmented Age, metaverse, promises a level of disruption, behavioral shifts, and changes that are unparalleled in the history of investment markets.
Deep knowledgable thematics, rather than broad- brush strokes market cap investment solutions might be best in metaverse investing.
Rather be early than late, the future will win. In the words of Louis Pasteur: “fortune favors the prepared mind.”