Today is the Third World War on Vaccines - Giorgi Gotsadze 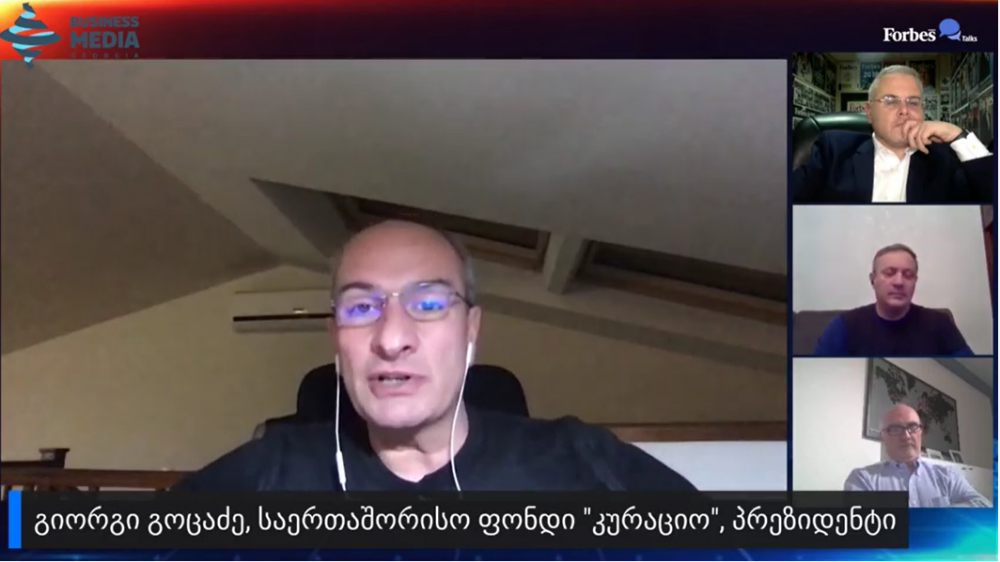 Giorgi Gotsadze, president of the Curatio International Foundation declares, that today is the Third World War on Vaccines and the country’s fight ability will show how realistic is to vaccinate 60% of population on COVID-19.

According to him, if there is no vaccine, other challenges might become secondary for the National Vaccination Plan.

"Let's say we could not get the vaccine with our capabilities but received it through the COVAX fund. The number of vaccine dozes obtained through the COVAX fund merely includes 23% of the population. If we double this figure, we still pose a bigger challenge than our immune system has been working so far. Here we go to the execution part. If we do not win and do not get a vaccine for 60% of the population, using vaccine provided through COVAX fund honestly and purposefully still will be a big challenge. No matter how my colleagues will convince me that Georgia has already overcome a similar challenge. I would still say that Georgia has never had such a challenge in terms of vaccines," Gotsadze said.

According to him, to carry out this volume of vaccinations in a short period of time is difficult and serious mobilization of intellectual, physical and fiscal resources is needed throughout the country in order to implement vaccination.