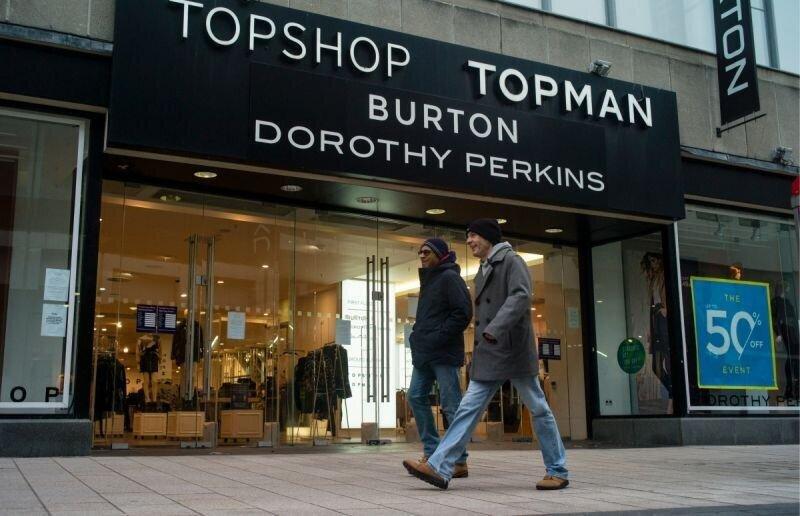 Back
Arcadia, the retail empire owned by Sir Philip Green and family, has become one of the biggest business casualties of the Covid-19 pandemic to date. On Monday the business filed for bankruptcy in London, following a weekend of speculation that Green’s companies were on the brink of collapse.
A statement from accounting firm Deloitte, which is handling the bankruptcy (or “administration,” as it’s called in the U.K.), confirmed that Arcadia–which includes over 400 branches of retailers under the brands Topshop/Topman, Miss Selfridge, Burton, Dorothy Perkins, Evans and Wallis–will now work with Deloitte to “assess all options” and protect the business from its (many) creditors while it seeks potential buyers.
“This is an incredibly sad day for all of our colleagues as well as our suppliers and our many other stakeholders,” said Ian Grabiner, Arcadia’s CEO, in a statement. “Throughout this immensely challenging time our priority has been to protect jobs and preserve the financial stability of the Group in the hope that we could ride out the pandemic and come out fighting on the other side. Ultimately, however, in the face of the most difficult trading conditions we have ever experienced, the obstacles we encountered were far too severe.”

At this point, the fate of Arcadia’s 13,000 employees remains unclear. More than 9,000 of the company’s workers have already been furloughed.

Fellow retail billionaire Mike Ashley reportedly offered Arcadia $66 million in emergency funding on Sunday. But, according to Ashley’s Frasers Group, the offer was “declined.” Instead, Green may be hoping to find a rescue deal that will allow him to keep control of the most valuable assets in the empire, like Topshop.
The slow decline of Arcadia, which started long before the pandemic, will not have an immediate effect on Green’s net worth. Forbes estimates he and his wife Christina Green to be worth $2.3 billion, even after U.S. private equity investment firm Leonard Green sold its 25% stake in Topshop for just $1 in 2019. Last year, U.K. retail veteran Richard Hyman told Forbes that Arcadia was “worthless beyond the clearance value of its stock.” Luckily for the Greens, the lion’s share of their wealth stems from a $2.1 billion (£1.2 billion) dividend they paid themselves in 2005, during the glory days of their business. Green told the Guardian at the time that the dividend stemmed from a seven and a half year loan to Arcadia, and was not “rinky-dinky funny money.”

The couple could, however, end up dipping into their personal wealth to settle some of Arcadia’s bills—just as they were forced to do in 2017 amid public and political scrutiny over Green leaving the U.K. department store chain BHS unable to meet its pension obligations, then selling the company for £1 in 2015. He ended up paying $461 million to the U.K.’s pensions regulator to settle the dispute.
It has been a long journey for a tycoon who was once the toast of the fashion industry and knighted by Prime Minister Tony Blair in 2006 for “services to retail.” At his height, Green sat on the front row of London Fashion Week shows with super model Kate Moss and Vogue’s Anna Wintour. But controversy soon followed and the last 18 months has seen Green faced with claims of squeezing suppliers, bullying and sexual assault allegations (which he denied and were later dropped).
Topshop Topman Philip Green