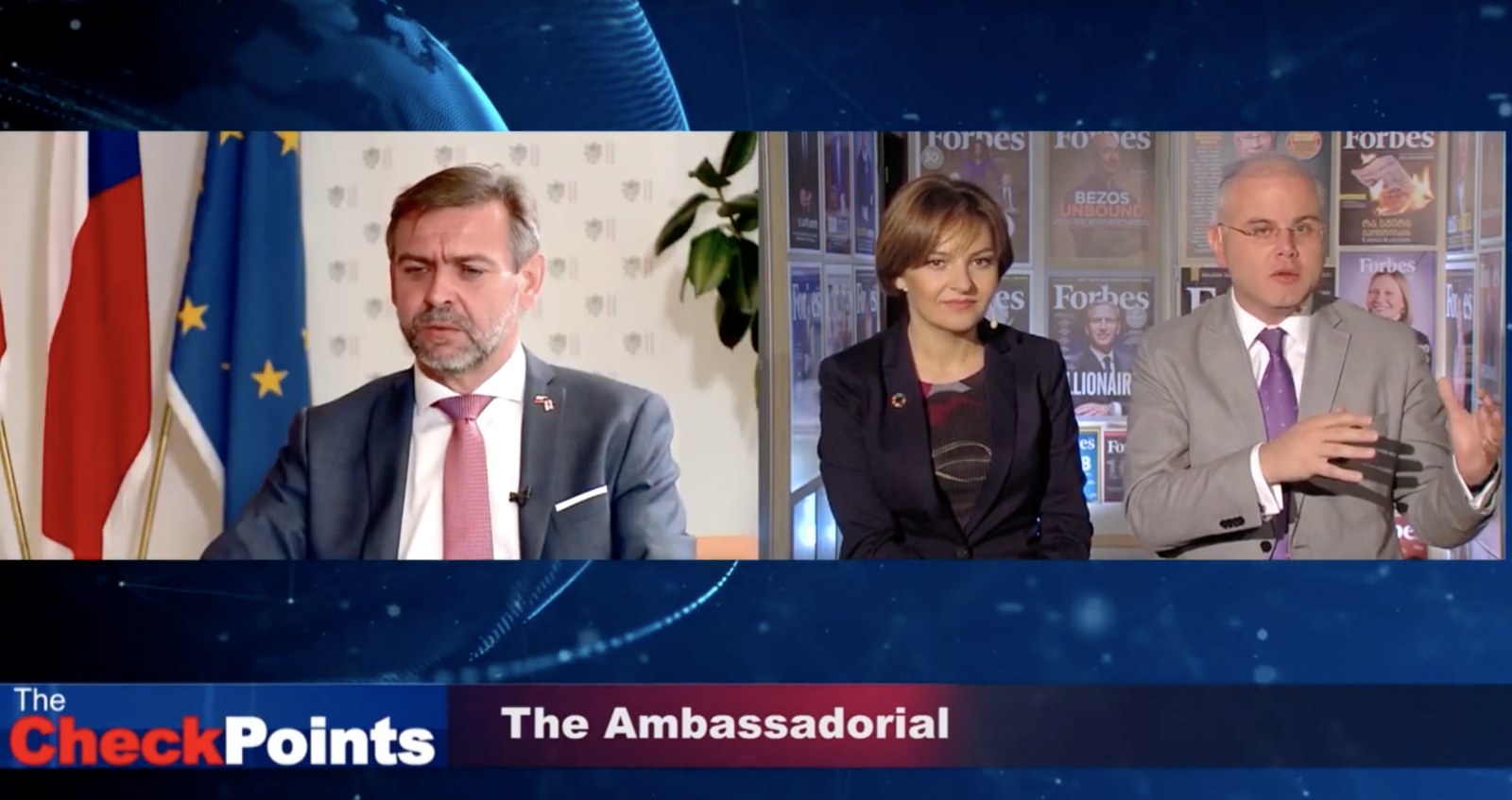 Back
Author:Ana Tavadze
“Formerly Green countries are red now”– Czech Ambassador Petr Myskiska told The Checkpoints in an exclusive interview, conducted by Tamta Jijavadze, bringing on the example of his home country.

“We were the champions in the EU and now we are if not the worst, then the second-worst in the EU – Mykiska said - So it changes. But Georgia is stable. Georgia is green. Georgia is eligible for the majority of the countries”.

As for the travel of foreigners to Georgia, Czech Ambassador says “this is a very delicate question”, adding that any influx of foreign citizens to Georgia means quite a high risk to the population. Mykiska highlights that it is an enormous task for Georgia’s government to balance, on the one hand, the economic income that foreigners bring to Georgia and on the other hand, the risk that foreign citizens could bring to the Georgian population.
Czech Ambassador Petr Mykiska