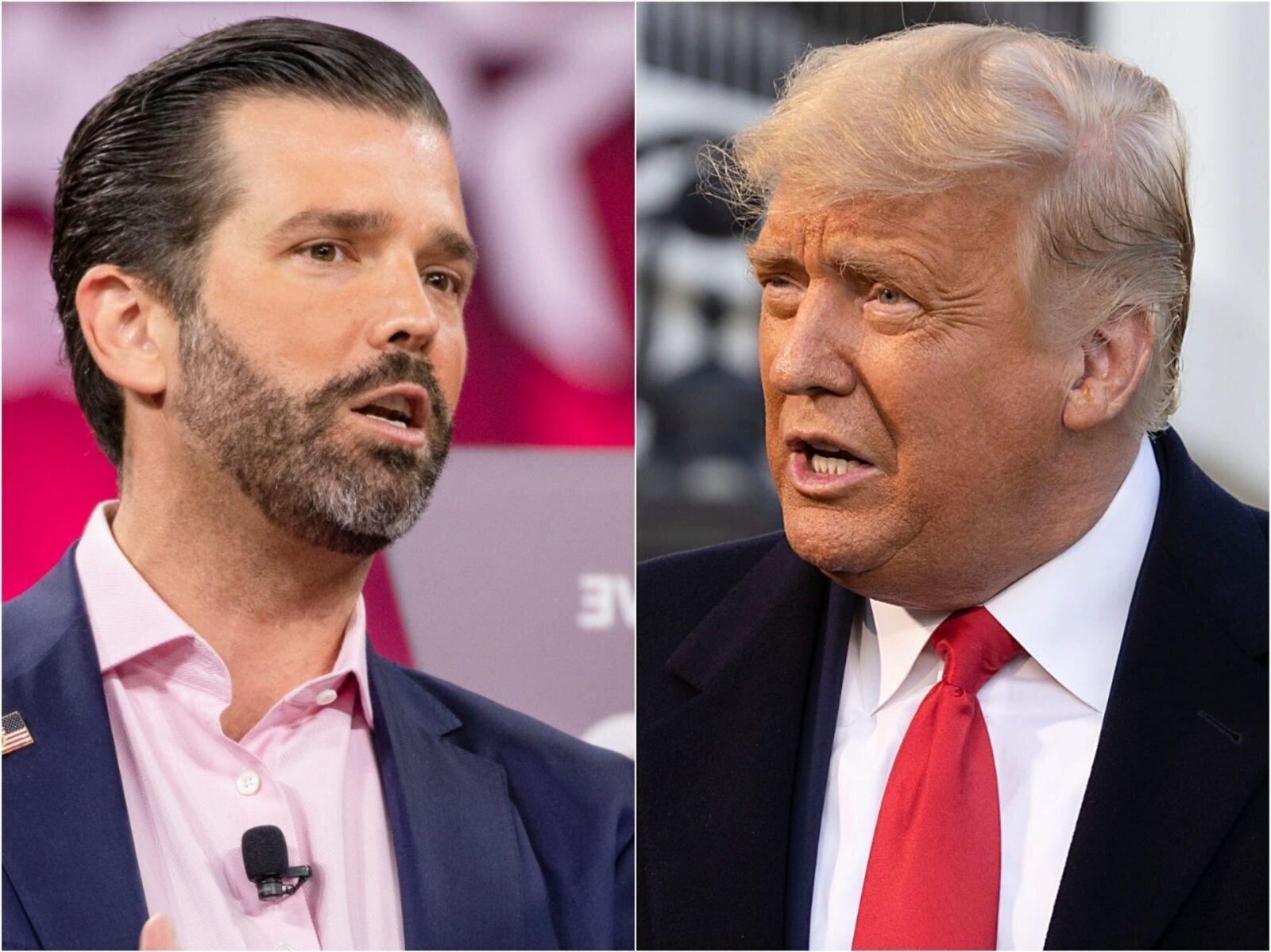 Back
President Donald Trump and his son Donald Trump Jr. claimed that Pfizer deliberately waited until after the election to announce the promising early results from its COVID-19 vaccine's clinical trials and offered no evidence for their claims – Business Insider reports.
Pfizer said Monday its experimental coronavirus vaccine had succeeded in the final stage of clinical trials: The shot was found to be more than 90% effective in preventing COVID-19, it said, a milestone in the fight against the pandemic.
According to Business Insider, both Trump and Trump Jr took to Twitter to question the timing of Pfizer's announcement, made six days after Election Day. 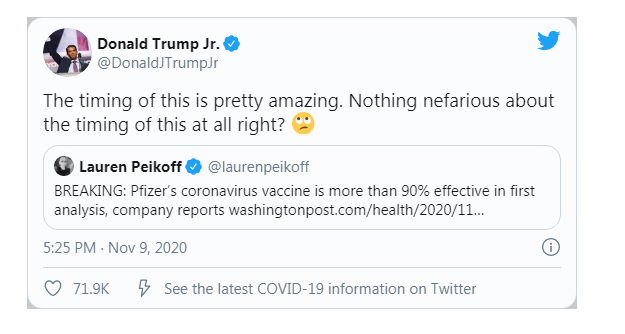