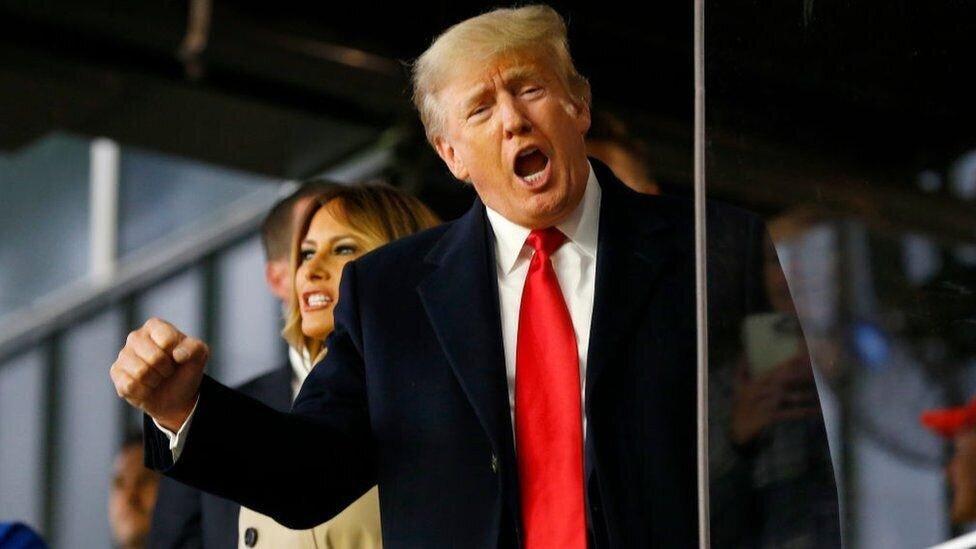 It comes as Mr Trump remains banned from Twitter and Facebook following the attack on the US Capitol in January.

"$1bn sends an important message to Big Tech that censorship and political discrimination must end," he said.
"As our balance sheet expands, Trump Media & Technology Group will be in a stronger position to fight back against the tyranny of Big Tech."

Mr Trump announced plans to launch Truth Social earlier this year, saying it would allow conversation "without discrimination on the basis of political ideology".

The Trump Media & Technology Group has partnered with Digital World Acquisition, a blank-check acquisition firm, on the venture.
On Saturday, they said they had secured the $1bn from from "a diverse group of institutional investors" without revealing who they were.
According to reports, the social media venture is now valued at almost $4bn.
It underscores the former US president's ability to attract strong financial backing despite the controversy surrounding his time in charge.
Mr Trump was banned from top social media platforms after the 6 January attack by his supporters on the US Capitol in Washington DC amid concerns the then-president would inspire further violence.
It came after Mr Trump made claims, without evidence, of widespread fraud in last year's presidential election.
Many Wall Street firms snubbed the opportunity to invest in the former president's new venture, according to Reuters. But some hedge funds, family investment firms and high net-worth individuals have backed it.
Mr Trump had 89 million followers on Twitter, 33 million on Facebook and 24.5 million on Instagram at the time he was blocked, according to a presentation on his company's website.
He has also repeatedly dropped hints that he might seek the presidency again in 2024.
Donald Trump social media