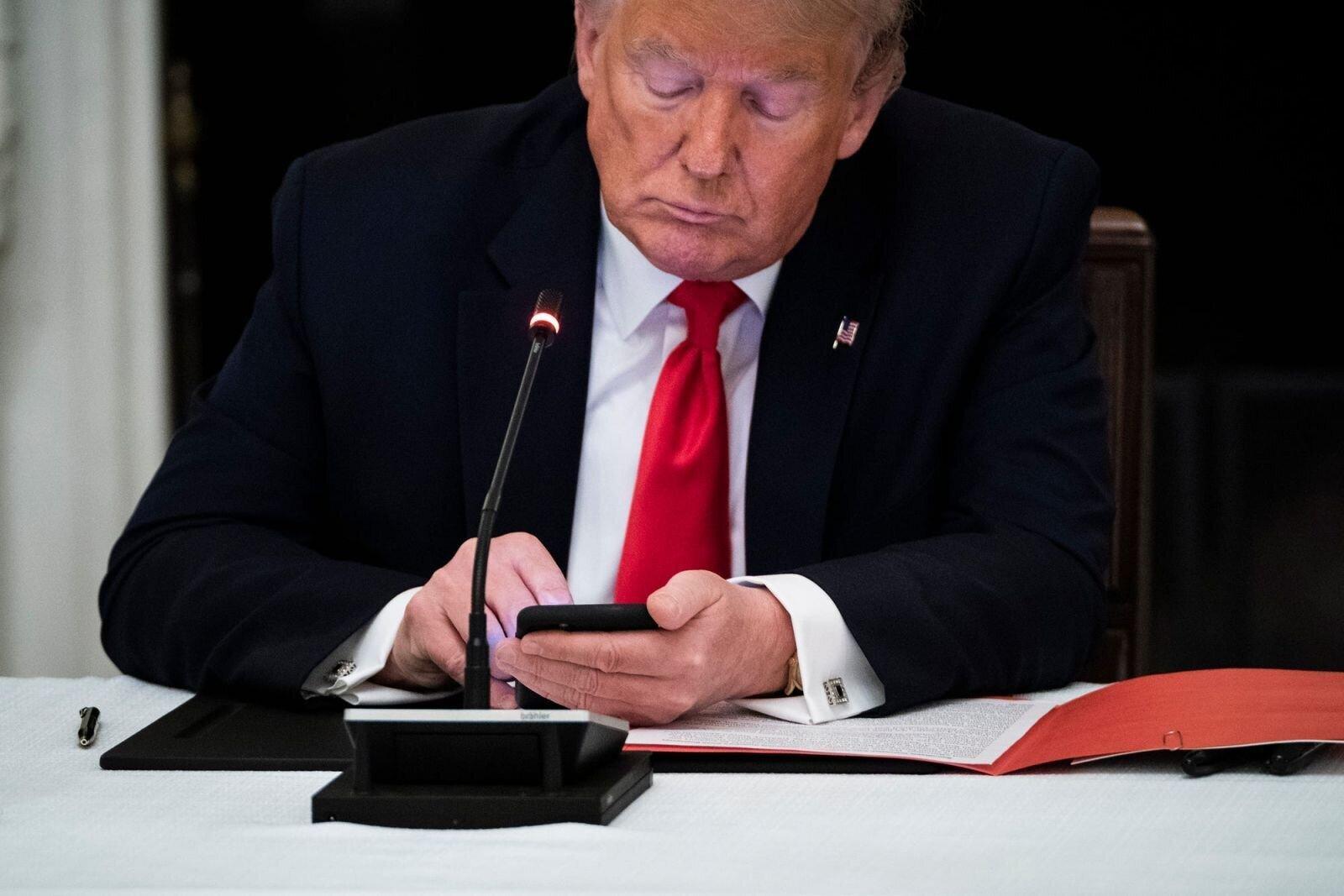 Back
Just hours after Twitter permanently suspended Donald Trump's personal account on Friday, the president began tweeting from the official account, @POTUS.
Almost immediately, Twitter removed the series of tweets, in which Trump railed against the tech company, Democrats, what he referred to as the "radical left," and Section 230, a law that gives internet companies the right to police their platforms as they see fit.
Twitter also said it's limiting the use of @POTUS or @WhiteHouse — both official accounts operated by the US government — and that it isn't currently planning to suspend them, but that it may do so in the future "if it was really needed to alleviate harm," according to CBS News' Musadiq Bidar.
His campaign account @TeamTrump was also suspended after an attempt to send out a message from the president — a tweet that was deleted.
Twitter permanently blocked Trump from accessing his personal account, @realDonaldTrump, citing "the risk of further incitement of violence."
Twitter's decision followed Facebook's move on Thursday to block Trump "indefinitely." The latter platform cited the risks to the president continuing to use the site. Facebook's ban will last for at least the next two weeks, until after President-elect Joe Biden takes office.
The actions by Twitter and Facebook against Trump came two days after pro-Trump rioters stormed the US Capitol as a joint session of Congress convened to certify the election results. The violent insurrection resulted in evacuations from the Capitol and five deaths.
Source: Insider
Twitter Donald Trump