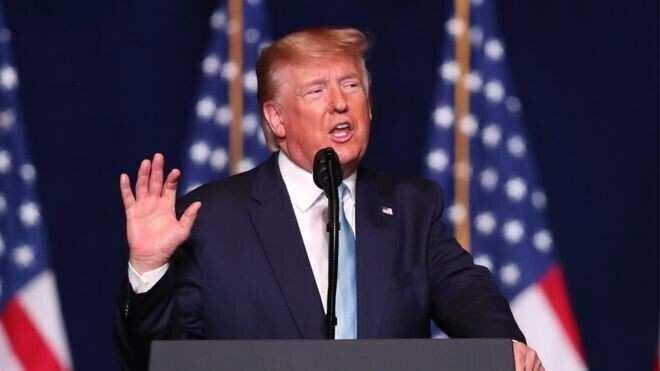 The Trump administration walked back a sudden policy change that would have potentially blocked hundreds of thousands of international students from remaining in or returning to the U.S. while pressuring universities to resume in-person classes in the fall amid the ongoing coronavirus pandemic.

Following a week-long fight by Harvard University, the Massachusetts Institute of Technology (MIT), and more than a dozen state attorneys general, the government agreed on Tuesday to “rescind” a policy that would have affected international students who are attending institutions that have opted to go completely remote over the fall.

“For the hundreds of thousands of international students across this country who enrich our institutions and strengthen our communities — we celebrate this victory with you,” Massachusetts Attorney General Maura Healey said in a statement. “This ICE rule was senseless and illegal the minute it came out, and the Trump Administration knew it didn’t have a chance. This is why we take action in court, why we stand up for our values, and why we will remain vigilant in protecting our international students from these harmful disruptions.”

On July 6, new U.S. Immigration and Customs Enforcement (ICE) guidelines were announced that detailed that F1 and M1 international students in the U.S. who were taking their courses completely online didn’t have a reason to be in the U.S. Schools had until Wednesday to adjust their plans.

On Tuesday, the judge in the case brought by schools announced that the “status quo” of March 9, announced at the beginning of the coronavirus crisis, will remain, as both sides had reached a resolution on the issue.
Consequently, international students can stay in the U.S. for the duration of their study in the fall, even if their school is entirely online.

“There were rumors that the policy would be scaled back to new internationals only, so I’m elated that it was rescinded completely,” Jenny Lee, a professor of higher education at University of Arizona who studies higher education, told Yahoo Finance.

However, Lee wasn’t convinced that it was all over just yet: “[T]his was just one among a long string of many anti-immigrant policies over the recent years. So we should anticipate this as not being the end, but a pause before another attack on international higher education soon.

Brendan Cantwell, associate professor at Michigan State University who studies politics in higher education, told Yahoo Finance that the flip-flopping by ICE could have larger implications.

“This shows that the government didn’t understand how higher education works, had no plan to implement and enforce the guidance, and had no choice but to back down in the face of overwhelming opposition from the higher education sector,” he explained. “It is welcome news and a great relief to universities and international students alike ... [but] we should not think of this as having been cost-free.”

Ultimately, according to Cantwell, the administration’s “chaotic approach to policymaking and the unwelcoming message the guidance sent could cause lasting damage between U.S. higher education and students around the world.”