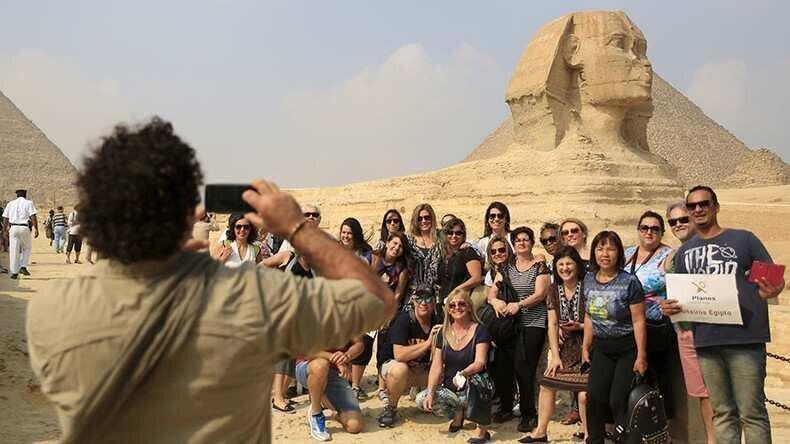 Back
Recently, Russia suspended most air travel with Turkey, citing rising coronavirus infections, cutting off a key source of tourism revenue to the country amid tensions over Ankara’s support for Ukraine. There are half a million Russians that currently need to find alternative vacation spot and according to the Russian Association of Tour Operators, Turkey will probably be replaced by Egypt.
Russia’s decision to restrict flights with Turkey came two days after Turkey’s president met his Ukrainian counterpart as political tensions between Moscow and Ankara brew. President Recep Tayyip Erdogan on Saturday discussed military deals with Ukrainian President Volodymyr Zelenskiy as Kiev seeks to shore up Western support amid Russia’s troop buildup on its eastern borders.
The Kremlin, according to the Moscow Times, denied Monday evening that Russia limited travel to and from Turkey in retaliation against Zelenskiy’s visit to Istanbul. But a senior Russian lawmaker on Tuesday morning linked the flight restrictions directly to Erdogan’s support for Ukraine, calling them “a test for patriotism, regardless of vacation plans.”
Today, the Russian Association of Tour Operators (ATOR) published an article, pursuant to which, “instead of closed Turkey, Russian tourists perhaps, will be offered to change direction to Egypt. According to sources of Vestnik ATOR, the issue of opening resorts is almost resolved. However, the timing of the resumption of Russian flights to Hurghada and Sharm el-Sheikh has not yet been announced”.
Pursuant to the author of the article, on the eve of his visit to Cairo, Russian Foreign Minister Sergey Lavrov gave an interview to the Egyptian newspaper Al-Ahram, in which he expressed hope that "charter flights from Russia to Sharm el-Sheikh and Hurghada will be resumed in the near future."
The tone of Mr. Lavrov's statement was very loyal: the minister called the Egyptian resorts "a favorite vacation spot for many Russians" and stressed the importance of foreign tourists to Egypt, which is an important source of replenishing the Arab state's budget, reads an article.
In an interview, Mr. Lavrov confirmed the interest of the Russian side in restoring regular flights between Russia and Egyptian resort cities. Lavrov's Egyptian counterpart Samekh Shukri also said in the media that Egypt is ready to ensure the safety of Russian tourists.
The sources of Vestnik ATOR claim that preliminary agreements on the opening of Egyptian resorts have already been reached at the diplomatic level, but they have not yet become public.