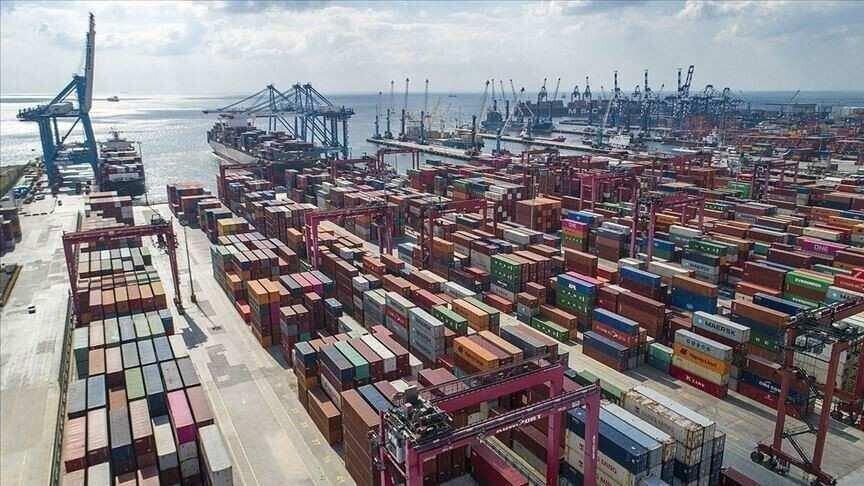 Turkey saw the highest monthly exports figure of this year with $15 billion in July, the country’s trade minister said on Tuesday.

The figure rose 11.5% month-on-month, hitting the second highest July figure of all times, Ruhsar Pekcan said in a written statement.

She stated that exports fell 5.8% compared to the same month of last year, driven by high base effect, less working day and coronavirus pandemic.

Pekcan said that the export/import coverage ratio climbed to 84.5% in July, up from 82.6% in the same month of last year.

"With exports-to-imports coverage ratio hitting 84.5% in total and 93.9% excluding gold, we saw highest levels of 2020 in July," Pekcan said.

She underlined that despite all the negativities in the pandemic period, Turkey showed that it is a reliable and stable supplier country.

"The data reinforce our belief that Turkish economy will successfully recover from the pandemic, Turkey has distinguished itself from other countries during the normalization process," Pekcan stressed.

Pointing to the GDP shrinkage in the EU and the US, whose economies narrowed 11.9% and 32.9% respectively in the first quarter, Pekcan said: "These figures are very important and meaningful to us.

"In this regard, we will continue our efforts without letup to maintain the positive performance in our foreign trade."

She underlined that upward trend in main export sector continued in July after the pandemic.

On the foreign trade figures, Ismail Gulle, head of the Turkish Exporters' Assembly (TIM), said a total of 1,641 companies joined the export family in July.

"These companies, which have just started exporting, realized $97.4 million worth export in the month," he said.

He also stressed the exports of medical products used for COVID-19 treatment did not go down in July.
"Exports of respiratory devices, for instance, increased 1,647% to $10.2 million in July, compared to the same month last year," he said.

Number of Azerbaijanis who traveled abroad during pandemic announced