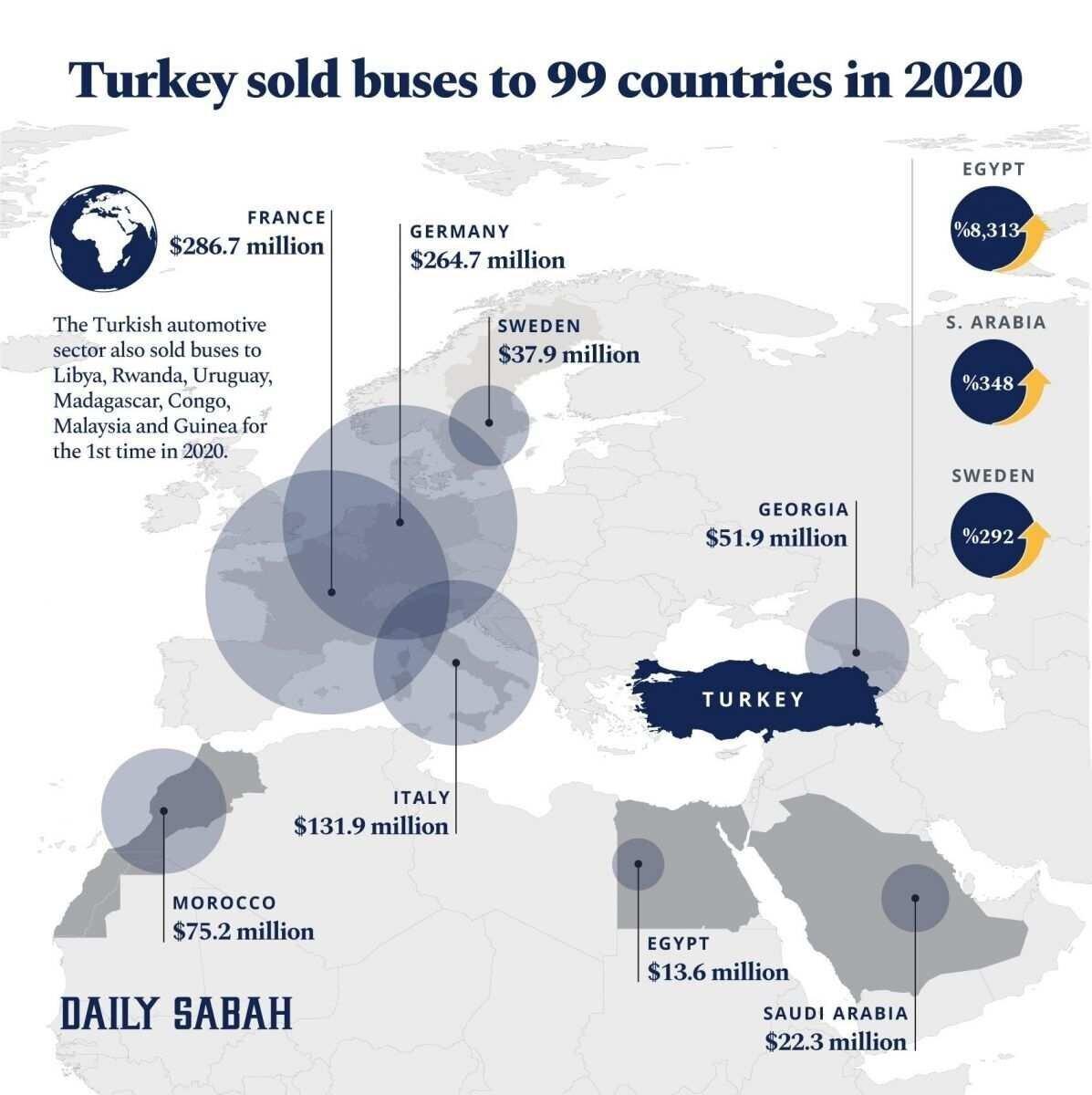 Back
Buses, minibuses and midibuses produced in Turkey were sold to 99 different countries across the world in 2020, Anadolu Agency (AA) reported Sunday, citing Uludağ Automotive Industry Exporters Association (OIB) data. The exports of the vehicles have generated over $1.5 billion (TL 11.12 billion).
In 2020, the highest amount of exports was made to European countries in the bus, minibus and midibus group. France was the biggest market for Turkish-made buses with a nearly 18% share, worth over $286.7 million.
Germany, which ranked second, imported over $264.7 million worth of vehicles, while Italy ranked third with $131.9 million. The shares of the two countries were over 17% and 8%, respectively.
Exports of $683.4 million to these three countries accounted for almost 44.91% of Turkey's total bus, minibus and midibus sales last year.
Morocco, meanwhile, was also among the countries that increased its imports of such vehicles from Turkey in 2020. Exports to the country, which ranked fourth, jumped by 66% year-on-year, from $45.3 million in 2019 to $75.2 million.
Georgia ranked fifth with an increase of 96%, hitting $51.9 million.
Sweden, Saudi Arabia and Egypt also saw a noteworthy increase in bus, minibus and midibus imports from Turkey.
Exports to Sweden also increased by 292% compared to 2019, from $13 million to $37.9 million, while exports to Saudi Arabia also increased by 348% from $6.4 million to $22.3 million.
Sales to Egpyt, in the meantime, hit $13.6 million in 2020, a significant jump from 2019's $164,000.
The Turkish automotive sector also sold such vehicles to Libya, Rwanda, Uruguay, Madagascar, Congo, Malaysia and Guinea for the first time in 2020.
Source: dailysabah
Turkey