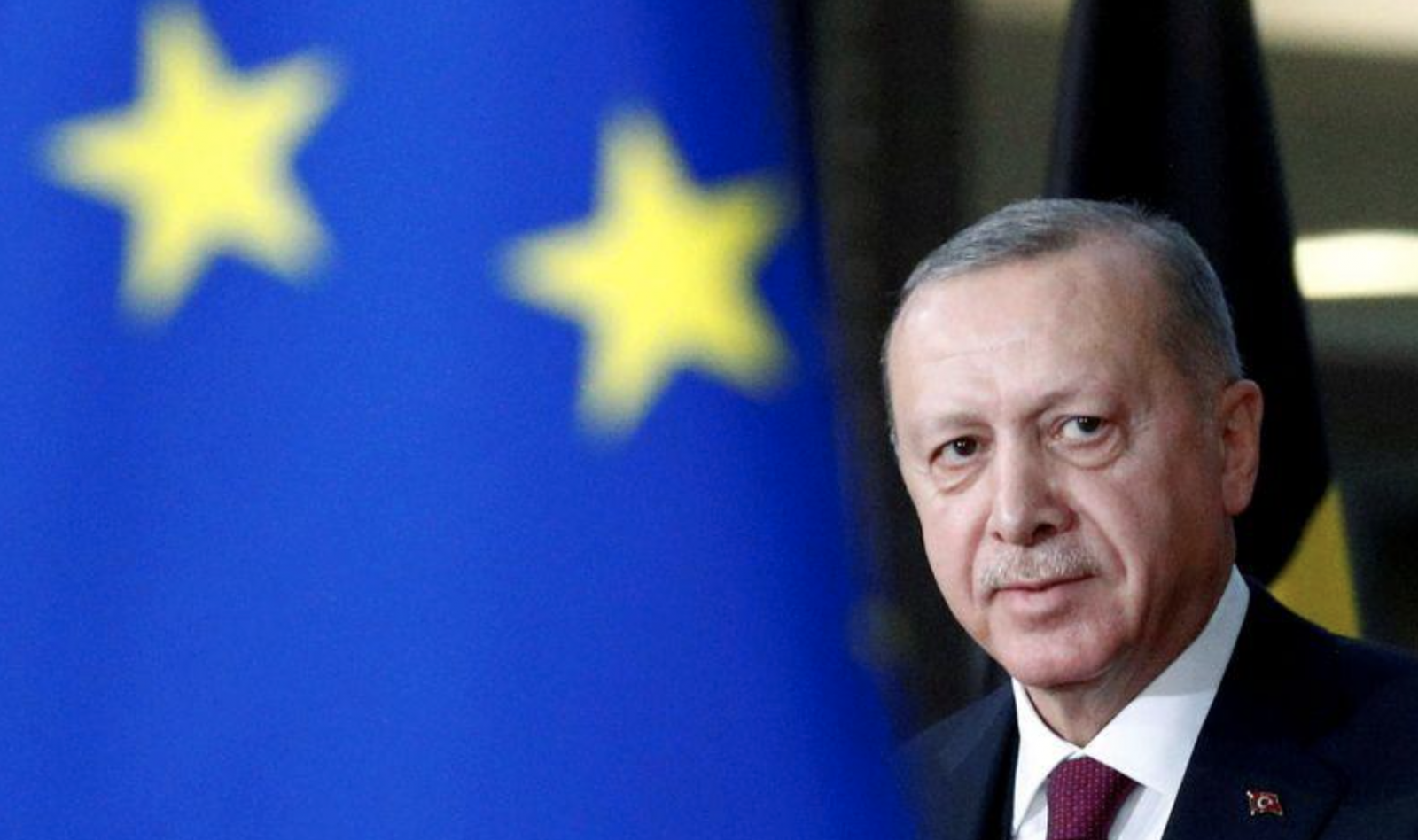 Back
(Reuters) - European Union foreign ministers said on Monday that Turkey had failed to help resolve a dispute over natural gas resources in the eastern Mediterranean, but they left any decision on retaliatory sanctions for an EU summit on Thursday.
The 27 ministers, who were tasked to evaluate the grounds for economic sanctions on Ankara, did not go beyond agreeing Turkey had aggravated tensions since October when EU leaders voiced a threat to impose punitive measures in December.

“Unhappily, we haven’t seen much progress or improvement since the last European Council,” the EU’s top diplomat Josep Borrell told reporters, referring to the Oct. 1-2 summit, when EU leaders gave Ankara time to find a diplomatic solution.
“We have not seen a fundamental change of direction in Turkey’s behavior. On the contrary, in several aspects the situation has worsened,” said Borrell, who chaired the meeting.
NATO ally and EU candidate Turkey claims gas resources also contested by Greece and Cyprus, a dispute that has fanned territorial rows over the divided island of Cyprus, maritime boundaries with Greece, and Turkey’s broader foreign policy.
EU states cite Turkish exploration in contested waters, a decision to re-open part of a town in disputed territory in Cyprus, and a row with Germany over a U.N. arms embargo on Libya as evidence that Turkey is no longer a reliable partner.
Turkish President Tayyip Erdogan said his country would not “bow down to threats and blackmail” but repeated his call for negotiations over the conflicting claims to continental shelves and rights to potential energy resources.
Greek Foreign Minister Nikos Dendias said on Twitter that “Turkey’s stance is a challenge to the Union as a whole,” appearing to challenge comments earlier on Monday by his Turkish counterpart that Greece and Cyprus were manipulating the EU to act against Turkey.

Tensions flared in August when Turkey sent a survey vessel to map out energy-drilling prospects in waters claimed by Greece.
Germany, the current holder of the EU’s six-month presidency, holds the key to whether sanctions go ahead. It had hoped to mediate between Athens and Ankara but was angered when Turkey resumed its gas exploration off Cyprus in October after a pause.
“There will be a decision at the summit,” German Foreign Minister Heiko Maas said after the meeting. “There have been repeated Turkish provocations. So the EU summit will have to decide how to handle this.”

The Turkish vessel at the center of the dispute, Oruc Reis, returned to port again last week, which was welcomed by the EU and NATO. But European Council President Charles Michel warned Turkey not to play “cat and mouse” by returning exploration ships to port just before EU summits, only to redeploy them after they had finished.
Turkey European Union Erdogan Gas dispute