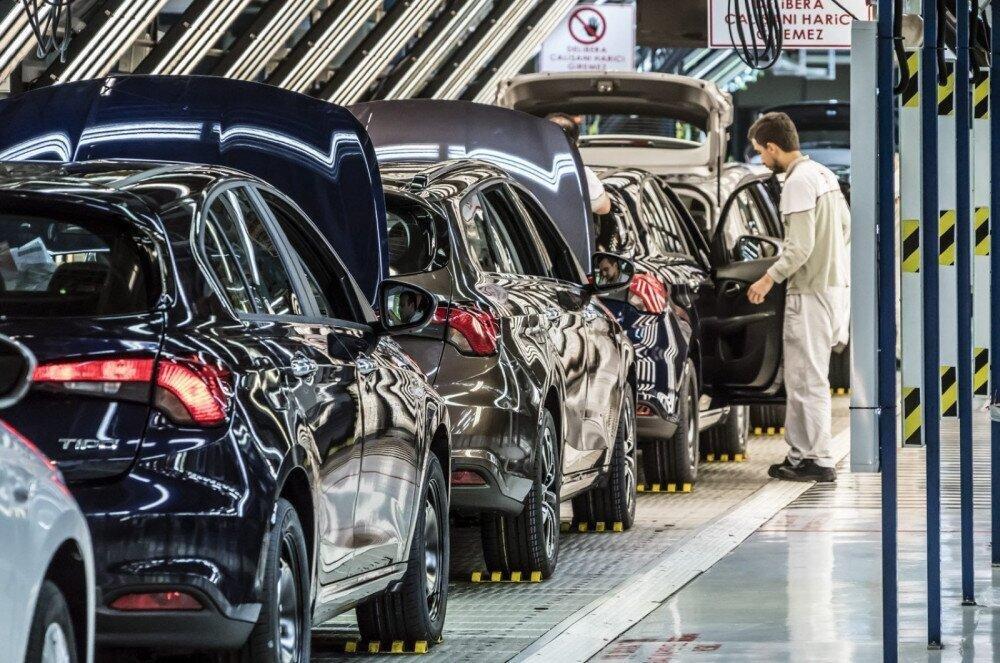 Back
Turkey's automotive production, including light commercial vehicles, tractors, and automobiles, amounted to 532,441 million units in January-May, a sectoral report revealed.
The sector posted a strong recovery with a 28.2% increase year-on-year in the January-May period, after dramatic falls last year due to the COVID-19 pandemic measures, Anadolu Agency reports.

Last year, the automotive production narrowed by 11% versus 2019 and decreased by 34% year-on-year in the first five months.

While the sector surpassed 2020 figures, it could not reach 2018 and 2019 figures yet, when the production was 712,022 and 625,946 units, respectively.
Passenger car production also soared by 22.7% to 353,580 in the same period.
On the sales side, the auto market, including light trucks and other vehicles, expanded by 73.8% compared to the same period last year, reaching 328,679 units in the first five months of this year.
Automotive industry exports soared by 37.3% to $12.29 billion during the same period.
The sector's exports also increased by 18% to reach 391,070 units on a quantity basis year-on-year in the January-May period.
In May, Turkey's automotive production -- including all types of vehicles -- increased by 31.2% on a yearly basis to reach 82,860 units.

The country's exports increased by 16.8% to 51,873 units on a quantity basis and by 61.4% to $1.9 billion on a value basis versus the same month last year.
Turkey Auto Industry Auto Production