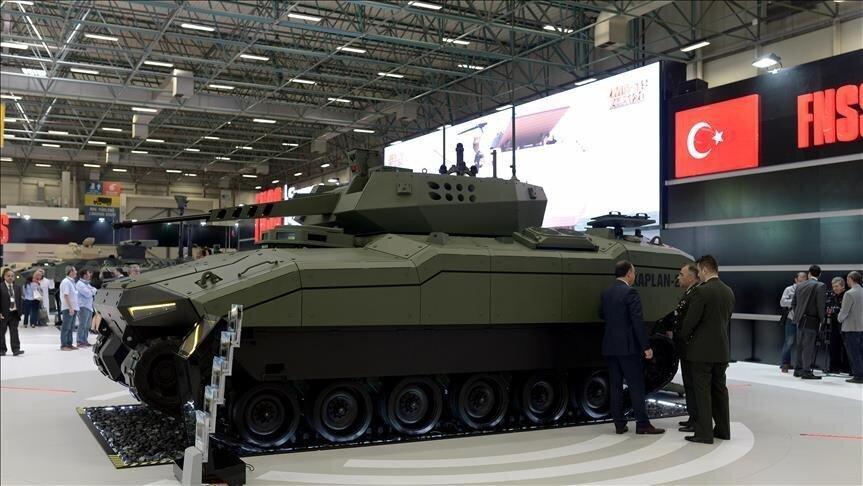 Demir was speaking at the 4th Defense Industry Meetings organized by the Istanbul Chamber of Industry (ISO) and the Defense and Aviation Cluster (SAHA) Istanbul, where he attended via videoconference.

Speaking about the activities of the SSB, Demir stated that while only 62 defense projects were carried out 20 years ago, this number has reached 800 today.

“More than half of these projects have been initiated in the last six years. While defense projects with a budget of $5.5 billion were carried out 20 years ago, a project volume of more than $60 billion has been reached today, and this tends to increase even more,” Demir said.

The SSB head went on to say that according to the sector performance data for 2021 prepared by the Defense and Aviation Industry Manufacturers Association (SASAD), the number of new orders received by the defense and aerospace industry increased by around 40% in 2021 compared to the previous year and amounted to approximately $9 billion.

“The research and development (R&D) expenditures of our industry, meanwhile, increased by 32% compared to the previous year and exceeded approximately $1.6 billion.”

He added that they expect these figures to be even higher by the end of this year.

Stating that the point reached and all the achievements are the products of systematic work, Demir said: “Our success today was achieved through the great efforts of our ecosystem by ignoring the negativity. I believe that as long as we continue with the same determination it is easy to become one of the most important countries of the world in the field of the defense industry in 10 years.”

We can say that the world is following our defense industry products with interest, Demir said, and “the world has now come to admit that we are game-changers in some areas.”

“We aim for the figures for 2022 to be well above $4 billion,” Demir said, Daily Sabah reports.