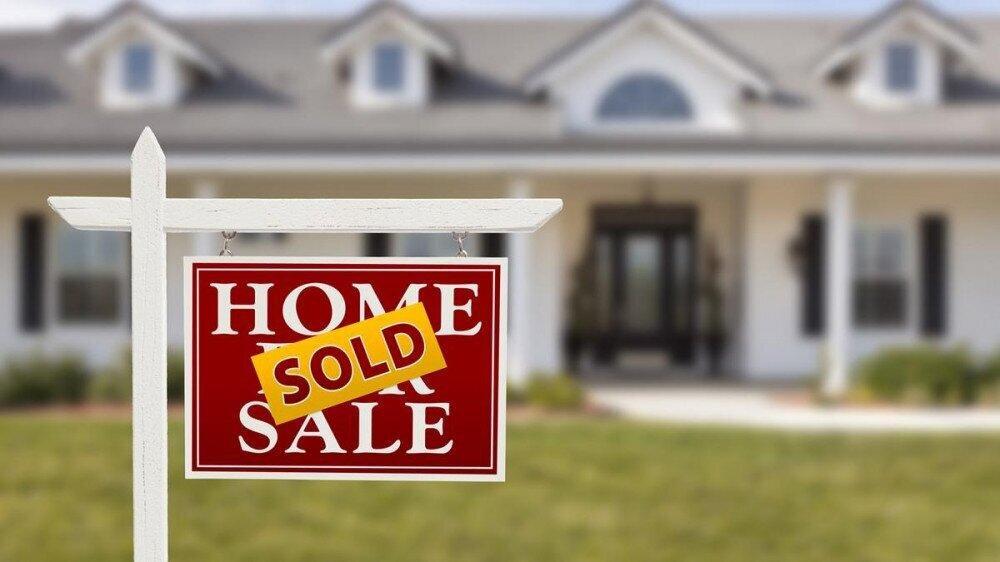 Back
Housing sales in Turkey dropped 29.1% year-on-year in June but doubled the May figure. A total of 134,731 residential properties changed hands last month, versus some 59,166 units sold in May, according to the Turkish Statistical Institute (TurkStat) data.

A record 190,000 and 230,000 houses were sold in June and July last year, a trend that was mainly driven by cheap credit, as the central bank lowered its policy rate to fend off the impact of the coronavirus pandemic and state banks ramped up lending, Daily Sabah reports.

The Central Bank of the Republic of Turkey (CBRT) has since dramatically raised its policy rate – the one-week repo rate – to 19% to lower inflation, which topped 17.5% last month.

The monetary authority said that the tightening has caused loans to follow a moderate trend.
Sales had exceeded 100,000 units in March, before slightly falling to around 95,000 in April.
The trend was disrupted by a strict nationwide lockdown that covered the first half of May to curb the rise in daily COVID-19 cases. Home sales in the month surged 16.2% versus a year ago but still marked the lowest level in a year.
Separate data Monday showed the construction cost index surged 4.41% month-on-month in May and 39.56% from a year ago. It marked the fastest pace in two-and-a-half years since October 2018.
Sales in June also surged on high demand from foreign buyers, who purchased 4,748 homes, a 185.3% year-on-year increase, the data showed.
The rise in borrowing costs has continued to weigh in on mortgage sales, which fell 75.1% last month from a year earlier to 28,878 units, accounting for 21.4% of the total sales.
They still marked an almost threefold surge from 10,560 a month ago.
Istanbul, the country’s largest city by population and one of its top tourist centers, took the largest share of house sales in June with 19.2%, or 25,833 units.
The capital Ankara and the Aegean province of Izmir racked up 13,401 and 7,522 of total home sales, respectively.
First-half sales down 11.5%
Residential properties sold from January through June were down 11.5% year-on-year to 552,812, the data showed.
Cheap loans extended to ease the economic fallout from the pandemic drove the 11.2% year-on-year rise in the overall sales in 2020, when nearly 1.5 million houses, an all-time high, changed hands.
Of the overall figure in the first half of the year, 167,878 were new houses and the rest were second-hand sales.
Mortgage sales amounted to 104,168, down 60.9% year-on-year. They accounted for 19% of the total figure in the first half.
Sales to foreigners hit record
Sales to foreign buyers marked the best January-June period ever as they topped the 20,000 level for the first time.
Sales in the period saw a nearly 44% year-on-year increase to some 20,488, the data showed.
Istanbul again enjoyed the lion’s share of the sales to foreigners, with 10,108 units.
The Mediterranean holiday resort city of Antalya followed with 3,990 properties, while Ankara came third with 1,276.
Iranian citizens made up the largest group among nations as they bought 3,070 houses in the country in the first half.
They were followed by Iraqis with 3,019, Russians with 1,759, Afghans with 1,277, and Kazakhs with 787 units.
Industry representatives say the performance boosted the industry’s morale.
Ömer Faruk Akbal, the chairperson of the Real Estate International Promotion Association (GIGDER), particularly stressed the ongoing positive impact of the accelerated COVID-19 vaccination campaign, reopening of the air traffic as well as surging mobility in tourism.
50,000 units by year-end
Helmann Yapı Chairperson Selman Özgün said the first-half figures were a prelude to the year-end record sales.
“Thanks to factors such as the summer, the tourist season, the reopening of flights, the lifting of restrictions, our expectation for the end of the year is now at least 50,000 units,” Ozgun said, referring to sales to foreign buyers.
He noted some $7 billion (TL 60 billion) is expected to be generated in revenues from house sales to foreigners this year.
“The 2025 target is $20 billion. We are doing everything we can to increase both sales figures and revenue. The sale of real estate to a foreigner is very important in terms of foreign currency inflow,” Ozgun said.
“In this regard, Turkey has very important advantages, such as closing its current account deficit, and foreigners who buy houses contribute to the economy by spending much more while staying.”
Bahas Holding CEO Abdussamet Bahadır meanwhile said the downward trend in sales to locals was temporary, expressing expectations it would reverse in the coming months.
“Especially at a time when the tourism sector is starting to move and expats are entering the country, it would be a very realistic attitude to be optimistic about the near future,” Bahadır noted.
He suggested that foreigners have ramped up their budgets allocated for residential properties by around 20% versus a period prior to the pandemic.
“With the interest of expats, the sector currently in the recovery process will see the figures turn higher.”
Turkey housing sales TurkStat CBRT

Serbia to start buying electricity from Azerbaijan in early 2023

Electricity generation in Armenia increased to about 7.2 billion kWh in 10 months