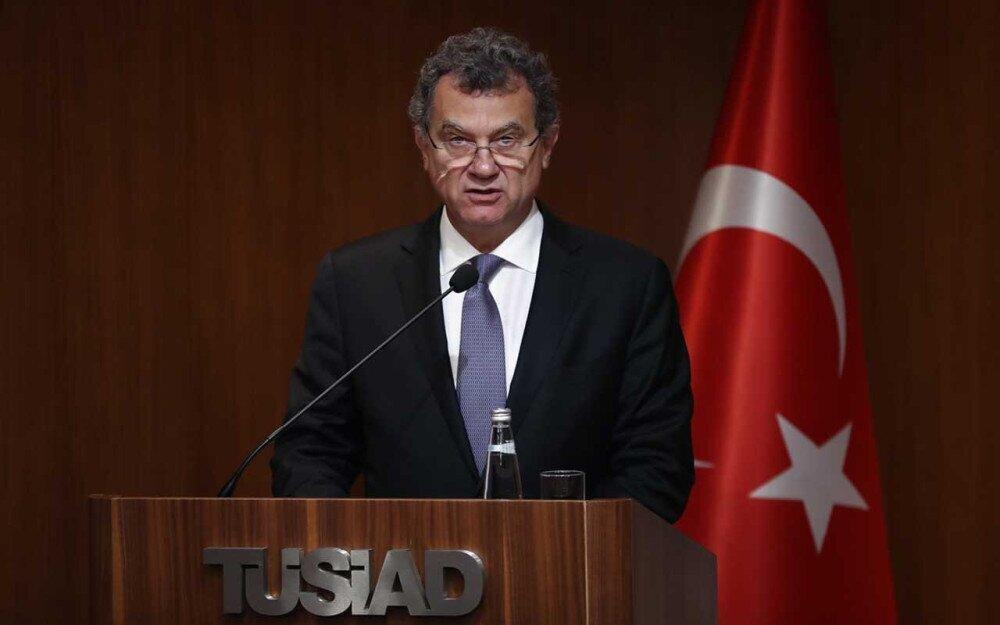 Back
The Turkish Industry and Business Association, TUSIAD made a rare criticism of Turkish President Recep Tayyip Erdogan’s economic policies, calling for the Central Bank to be independent and for the rule of law to be upheld in the country.
“The independence of regulatory and supervisory institutions, the Central Bank in particular, should be unquestionable,” Tuncay Ozilhan, president of the Advisory Council of TUSIAD said at a TUSIAD event, Balkan Insight reports.
The Turkish lira has lost more than 17 per cent of its value since September and one per cent on October 13 alone following President Erdogan’s decision to remove three board members at the Central Bank.
Over the past two years, Erdogan has also axed two Central Bank governors who disagreed with him on monetary policy.
At the event, TUSIAD released a 230-page report calling for fundamental reform of economic policy-making.
TUSIAD said in the report that long-term policies such as “Central Bank independence and cautious monetary and fiscal policy” were important for lasting prosperity.
TUSIAD President Simone Kaslowski also raised the concerns of Turkish business leaders who rarely speak out against Turkish President Erdogan’s policies.
“In the framework of the rule of law and independence of the judiciary, the state should abide by the law in its all activities and should secure the right to legal remedies,” Kaslowski said.

The TUSIAD report also highlighted the need for quality democracy, climate change policies and women’s rights, and called on the government to respect international regulations and laws.
“Exiting the Istanbul Convention [a European treaty on women’s rights and domestic violence] is not acceptable,” Kaslowski said.
The Turkish Central Bank is under significant pressure from Erdogan, who wants low interest rates for high economic growth at all costs, despite high inflation, which is currently at 19 per cent.
So far, the Central Bank has kept interest rates high to protect the country’s currency but it is expected that it will decrease the interest rate at its next meeting on October 21 after Erdogan’s intervention.
TUSIAD is Turkey’s most powerful and largest business club, representing more nearly 4,500 companies. TUSIAD members represent 85 per cent of Turkey’s total foreign trade volume, more than 50 per cent of private sector employment, and 80 per cent of corporate tax revenue.
Turkey Central Banks Rule of Law