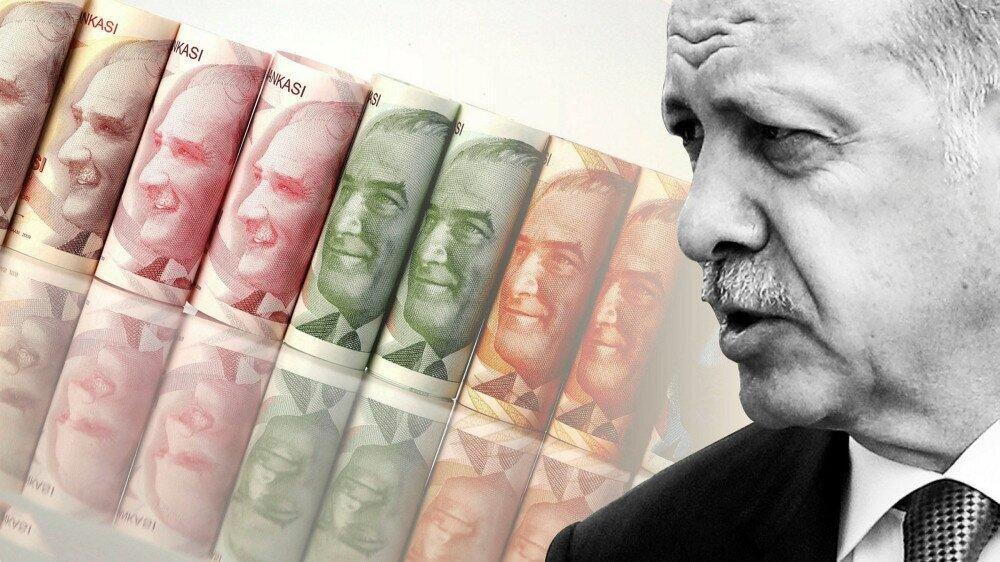 Back
The Turkish lira has weakened 1.6 percent to a record low against the dollar in early Asian trade after President Recep Tayyip Erdogan said he had ordered the expulsion of the ambassadors of the United States and nine other Western countries.
The currency had already hit record lows last week after the Turkish central bank (CBRT) cut its policy rate by 200 basis points, despite rising inflation, in a shock move derided as reckless by economists and opposition legislators, ALJAZEERA reports.
The lira hit an all-time low of 9.75 by 18:40 GMT on Sunday, weakening from Friday’s close of 9.5950. Two bankers attributed the early weakness to Erdogan’s comments on Saturday. It has fallen nearly 24 percent so far this year, the worst performer in emerging markets. The lira’s one-month implied volatility rose to the highest since May on Friday.
“I worry … for Turkish financial markets on Monday. The lira will inevitably come under extreme selling pressure,” said veteran emerging market watcher Tim Ash at BlueBay.
“And we all know that (Central Bank Governor Sahap) Kavcioglu has no mandate to hike rates, so the only defence will be spending foreign exchange reserves the CBRT does not have.”
Erdogan said on Saturday he had told his foreign ministry to expel the envoys for demanding the release of businessman and philanthropist Osman Kavala, who has been held in prison for four years without being convicted.

By Sunday evening, there was no sign that the foreign ministry had yet carried out the president’s instruction, which would open the deepest rift with the West in Erdogan’s 19 years in power.
Previous bouts of tension between Turkey and other countries, especially the US, have taken a toll on lira assets, leading to wild swings in local financial markets. The country suffered a currency crisis in 2018 over the fate of an American pastor who was imprisoned in the country.

Erdogan’s political opponents said his call to expel the ambassadors was an attempt to distract attention from Turkey’s economic difficulties, while diplomats hoped the expulsions might yet be averted.
Turkey’s state banks were expected to cut borrowing costs on corporate, individual, mortgage and other loans by about 200 basis points on Monday, following last week’s central bank rate cut, the Reuters news agency reported citing three banking sources with knowledge of the plan.

Though a sharp drop in rates could help some businesses and consumers, many analysts say it also risks exacerbating rising inflation and lira depreciation which could soon force the central bank to reverse course and rise again.
A self-described enemy of interest rates, Erdogan has replaced much of the central bank’s top leadership this year. Turkey is now virtually alone in cutting rates while other central banks around the world are hiking to head off rising global price pressures.
Turkish Lira Erdogan