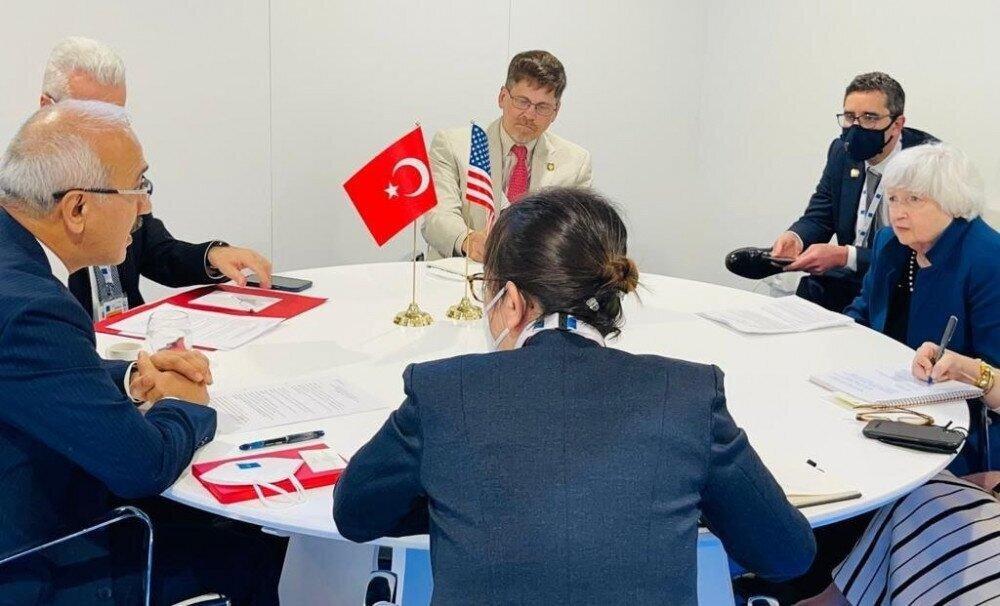 Back
Turkish Treasury and Finance Minister Lütfi Elvan and U.S. Treasury Secretary Janet Yellen on Friday met on the sidelines of a G-20 meeting in Venice.
“We held a very fruitful meeting (with Yellen) for the improvement of our economic and trade ties,” Elvan wrote on Twitter amid the G-20 Finance Ministers and Central Bank Governors meeting.
The two officials discussed the importance of strengthening bilateral relations between Turkey and the U.S. amid the rapidly changing global economy, Elvan noted.
Ankara and Washington disagree on a number of issues that have further strained bilateral ties; from Turkey’s purchase of Russian S-400 air defense systems to U.S. support for the YPG terrorist group, as well as the U.S. refusal to extradite Fetullah Gülen, leader of the Gülenist Terror Group (FETÖ). The purchase of the Russian-made systems in 2019 prompted the Donald Trump administration to remove Turkey from a consortium producing F-35 fighter jets.
President Recep Tayyip Erdoğan and his U.S. counterpart Joe Biden were upbeat after their first face-to-face talks in mid-June in Brussels on the sidelines of the NATO Leaders Summit.
Both leaders confirmed their willingness to restore strained ties and increase cooperation.
Turkey-U.S. trade volume reached about $21 billion in 2019 and the NATO allies aim to increase it to $100 billion.
Bilateral trade has been on a steady rise over the last several years, and even the coronavirus pandemic could not prevent the volume from exceeding $20 billion in 2020.
Around 2,000 U.S. firms operate in Turkey and provide employment to approximately 100,000 people.
Turkey G20 NATO Global Economy Erdogan Janet Yellen