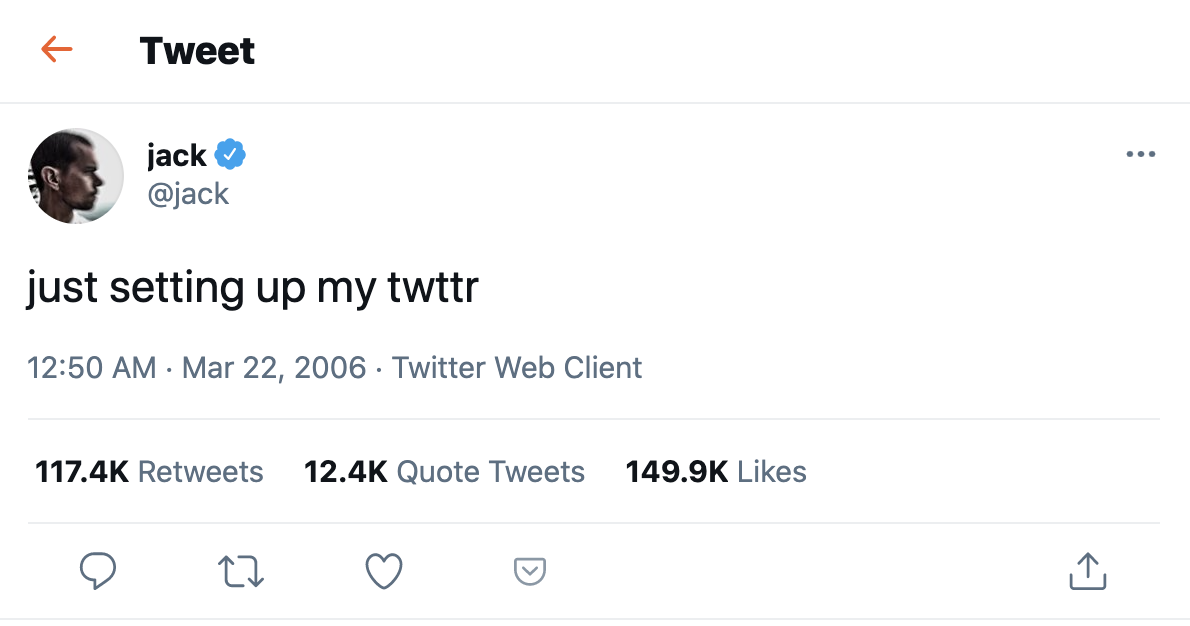 Back
Twitter CEO Jack Dorsey is selling the first-ever published tweet as an NFT, a kind of digital collector's item.
Dorsey shared a tweet on Friday with a link to a digital platform called "Valuables," that allows for the buying and selling of tweets autographed by their creators.
The tweet up for bid is Dorsey's first tweet from 2006, which says "just setting up my twttr"
So far, the tweet has reached a bid of $2.5 million by Sina Estavi, CEO of Bridge Oracle, according to Valuable's website.
Non-fungible tokens, or NFTs, have picked up steam in recent months as a popular technology to sell digital art and other musings such as drawings or music. An NFT is a unique digital token which effectively verifies authenticity and ownership. It is encrypted with the artist's signature on the blockchain, a digital ledger used in cryptocurrencies such as bitcoin.
Last month, a collage by digital artist Beeple of 5,000 images captured over the course of 13 years went up for sale using NFT. It was the first purely digital NFT artwork to go on sale in that way.
Source: CNN
Twitter