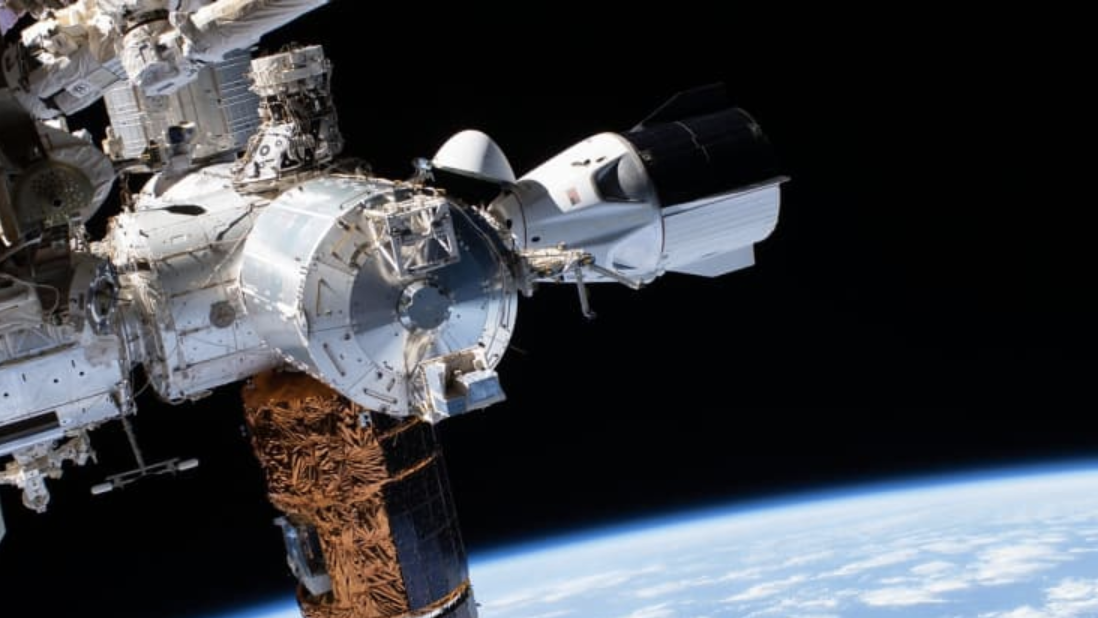 Back
A pair of investors are joining the first fully-private flight to the International Space Station — not as financial backers, but as the passengers flying along.
Houston-based start-up Axiom Space on Tuesday unveiled that real estate investor Larry Connor and Canadian investor Mark Pathy will fly on its upcoming AX-1 mission. The pair join former NASA astronaut Michael López-Alegría, who will be the commander of the flight, and former Israeli fighter pilot Eytan Stibbe. Connor will be the mission’s pilot, which will make him the first private pilot on an orbital spaceflight.
Axiom last year signed a deal with SpaceX for the mission. Elon Musk’s company is scheduled to launch the all-private crew no earlier than January 2022, using a Crew Dragon capsule to carry them to the space station. The mission comes at a steep price — $55 million per person — but will net them an eight-day stay on the space station.
“Never has an entire crew been non-professional astronauts,” López-Alegría told CNBC. “This is really groundbreaking, and I think it’s very important that the mission be successful and safe because we’re really paving the way for lots of things to happen after us.”
López-Alegría flew to space four times for NASA as a professional astronaut but now works for Axiom. He will lead them through about 15 weeks of training starting in the fall, command the spacecraft and make sure the other three crew members “have a safe and productive time,” he said.
AX-1 was originally scheduled for October 2021, but slid to early 2022. Axiom wants to fly “a couple of these missions per year,” López-Alegría added, so future missions are on deck. Speculation abounded that AX-1 would feature actor Tom Cruise, as last year NASA announced that it is working with Cruise to film a movie on the ISS.
Connor has lead The Connor Group since 2003, building the Ohio-based real estate investment firm to more than $3 billion in assets. Pathy, who is set to become the 11th Canadian astronaut, is the CEO and chairman of family office fund MAVRIK Corp, as well as chairman of the board at publicly-traded Montreal-based music company Stingray Group.
Stibbe would be the second Israeli astronaut — the first was Ilan Ramon, a payload specialist on board Space Shuttle Columbia, who was killed in February 2003 when Columbia broke apart during re-entry. Stibbe was a close friend of Ramon’s.
AX-1 is ’100% not a vacation’
While space tourism is an emerging sub-sector of the space industry, Axiom’s private passengers do not put themselves in that category.
“We absolutely do not believe that we’re space tourists,” Connor told CNBC.
López-Alegría similarly emphasized that the 10-day mission “is 100% not a vacation for these guys.”
“They’re really focused on having this be a mission to promote a benefit to society, so they each are working on flight programs,” Lopez-Alegria said. “They’re teaming up with various institutions, hospitals and other research entities, as well as to do outreach while they’re up there.”
Each of three have research missions they will be conducting on behalf of other organizations. Connor is collaborating with the Mayo Clinic and Cleveland Clinic. Meanwhile, Pathy is working with the Canadian Space Agency and the Montreal Children’s Hospital. Finally, Stibbe is working on behalf of the Ramon Foundation and Israeli Space Agency.
“I’ve volunteered myself to be a test subject,” Connor said. “We’re not going there to be spectators; we’re going there to do research and hopefully add some value for people.”
Connor and Pathy together witnessed SpaceX’s first astronaut launch, the Demo-2 mission in May, which was the first rocket launch either had seen in person.
Source: CNBC
SpaceX