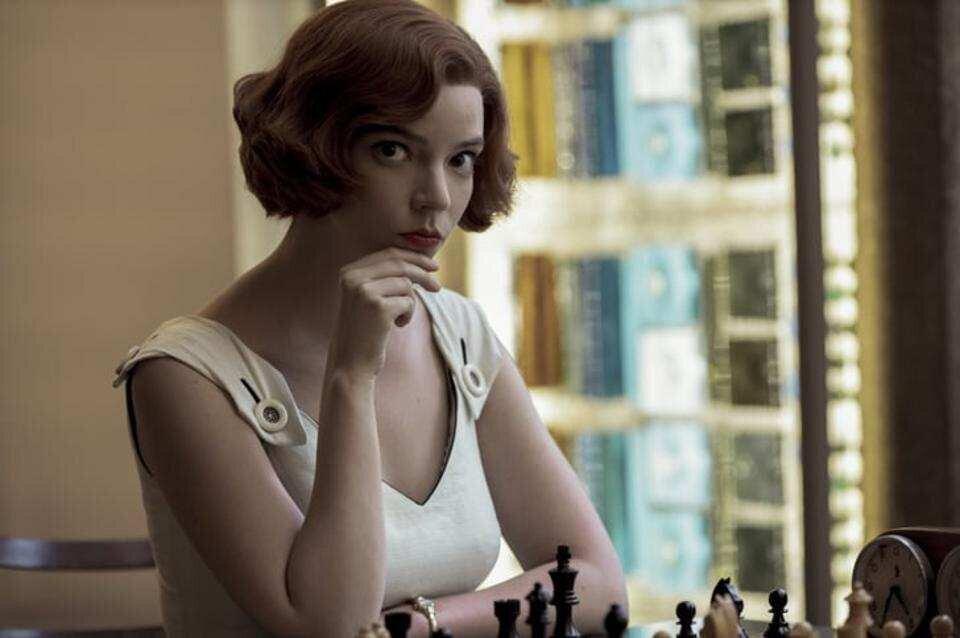 Back
Tracking “television history” in the age of streaming is kind of hard to do, as we don’t have 50 million viewer MASH finales anymore. But all the same, Netflix’s The Queen’s Gambit is clearly something unique in the current television landscape.
Netflix has already come out to say at the end of November that 62 million households “chose to watch” The Queen’s Gambit, and the show was its biggest limited series ever. But a month later, it’s clear it’s more than that, even if no more official numbers have followed.
The Queen’s Gambit spent at least a month in the #1 spot on Netflix’s Top 10 list, but after that, it has refused to leave the Top 10 for another month, at least in the US. While I have seen it slip to #10 at times (in the overall list, not just the TV list), I have never seen it leave the list entirely in the last two months, pretty much nine weeks since it debuted, and if it has, it’s only been for a brief moment. Other shows have come and gone but The Queen’s Gambit has stayed. We have probably seen 5-6 full cycles of the list, and nothing else has this kind of staying power, nor has it since the Top 10 list was introduced. This is a level well past Tiger King.
It’s easy to imagine that The Queen’s Gambit may be the most watched show of all of 2020, given that Netflix is the most subscribed-to service and the show has placed this high for this long. Though until Disney Plus gives us say, hard Mandalorian numbers, it’s hard to know for sure.
I am sure Netflix is tearing its hair out trying to figure out how it can turn a single book and a one-off season into a sequel, even if originally it was meant to be a limited series. Obviously the “right” thing to do is probably just to let Queen’s Gambit lie, and we haven’t heard any follow-up plans, but you can’t rule it out when a show has become this massive of a hit.

Anya Taylor-Joy is probably the most-watched actress in America this year with her seven hours of screen time here. She already has a number of huge roles line up after this, from starring in Edgar Wright’s next film to playing a young Charlize Theron in Mad Max prequel, Furiosa. For further viewing of Taylor-Joy, I highly recommend her breakout role in The Witch. Hell, I even thought she was good in New Mutants, despite the movie itself being widely panned.
I did not think I would still be talking about The Queen’s Gambit two months after its debut, as even massive Netflix shows, The Witcher, Stranger Things, The Crown, usually have a shelf life of about a week or two in the pop culture conversation before people table them for a year. But this show has staying power unlike anything we’ve seen in the streaming age, and I would not be surprised to see it last another month on the list at this rate.
Source: Forbes
Netflix Queen's Gambit