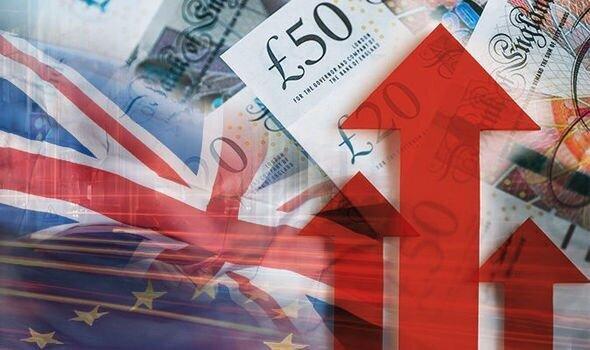 Back
The UK economy shrank by 1.5% in the first quarter of 2021, as the country experienced a lengthy winter lockdown.
School closures and a large fall in retail sales earlier in the quarter dragged down economic growth, said the Office for National Statistics.
The economy is now 8.7% smaller than where it was before the pandemic.

However, there was a strong recovery in March with the economy growing 2.1% boosted by retail spending and the return of schools.
"The strong recovery seen in March, led by retail and the return of schools, was not enough to prevent the UK economy contracting over the first quarter as a whole, with the lockdown affecting much of the services sector," said Darren Morgan, ONS director of economic statistics.
However, the ONS said the construction industry had grown strongly and was now above its pre-pandemic level.
Britain’s economy is on track to suffer more than £700bn of lost output caused by Covid-19, made worse by the government’s mishandling of the health emergency and Brexit, one of the UK’s leading economics thinktanks has warned.
The National Institute of Economic and Social Research (NIESR) said the UK was facing worse permanent damage than other rich nations due to a “poor Covid-19 response” from Boris Johnson’s government.
Despite an improving growth outlook thanks to rapid progress with the Covid-19 vaccination programme, it said the scale of the UK’s economic collapse last year – the worst annual performance for 300 years – meant Britain was further behind other major economies such as the US and Germany.
Brexit United Kingdom Covid19 pandemic Global Economy UK Economy National Institute of Economic and Social Research