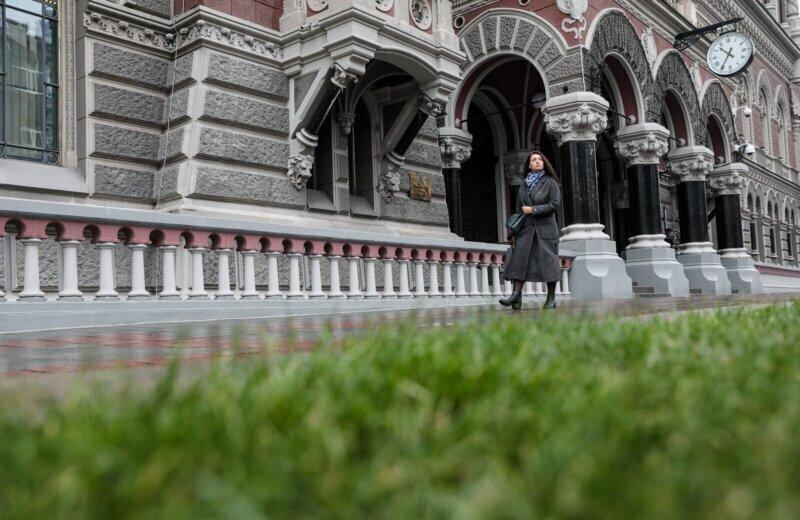 Back
As the world’s economies are becoming tech-powered, banks realize that the future of money will be increasingly digital.
To crack into this field, governments worldwide are mulling the launch of digital money backed and issued by state banks. Central bank digital currency, CBDC, is a virtual form of the country’s national currency represented by a digital code and held in a digital wallet.
The electronic hryvnia might have many advantages, experts said. It promises faster and cheaper money transfers while reducing fraud and money laundering because digital payments are easier to identify and trace online, experts added.
But the transparency of state-backed digital currency also raises privacy concerns as the state can record every hryvnia that citizens spend.

The National Bank of Ukraine (NBU) would also have a privileged position as a single digital currency issuer, creating a de facto monopoly and unfair competition against other payment services.
According to the NBU, an e-currency issued by the central bank could replace bank cards en masse, causing almost $1 billion of losses to commercial banks.
“The e-hryvnia will reduce the profit of commercial banks; therefore, they need to find other sources of income,” said Konstantin Yarmolenko, the co-founder of nonprofit. Blockchain4Ukraine.
Experiment
Today, only seven countries have launched state-backed digital currency. Seventeen countries are testing it, and Ukraine is one of them.
In autumn 2018, the NBU issued 5,443 e-hryvnias (nearly $206) to test its real-life application.
NBU employees and volunteers used e-hryvnia to top up mobile phones, transfer money from one account to another and exchange digital currency into cash.
The project was too small to evaluate the real impact of digital money on the Ukrainian economy but the NBU acknowledged that e-hryvnia could become an alternative to cash or payment cards in Ukraine for the first time.
“The e-hryvnia is reliable, easy to use, and allows the transfer of money quickly,” the NBU report said.
Participants installed a mobile app and registered a digital wallet to pay with digital currency. The app processed all transactions instantly and didn’t charge commission as commercial banks do.
The findings of this experiment also opened more questions about how digital currency should work and who would control it.
For example, in the 2018 experiment, all e-hryvnia transactions were anonymous, but the NBU could require users’ identification in the future. The tryout also raised the issue of the kind of model that the NBU should use.
In a decentralized model, banks and payment services could issue e-hryvnia under the control of the National Bank. The centralized model, on the contrary, assumes that the NBU is a single issuer of e-hryvnia, while commercial banks only serve the customers.
Progress
After the first experiment, the digital currency project stalled, but the NBU didn’t give up on the idea to launch its digital hryvnia.
“Now, there is no such question as to whether we need digital currency or not. It has already become an obligation,” said the former NBU head Yakiv Smolii during a press conference last year.
It is still unclear whether Ukraine will soon upend the current currency system with a digital alternative, but the NBU already prepared a few scenarios to roll it out nationwide.
For instance, Ukrainians could use e-hryvnia to make in-store payments or send money to other mobile wallets in Ukraine and abroad.
Online payments are booming in Ukraine, a country that decades ago operated entirely on cash. According to the NBU, online payments account for 36% of all cashless transactions in Ukraine. In the first quarter of 2021, they amounted to $7 billion.
Half of Ukrainians are ready to completely abandon cash payments in the next five years, according to Inga Andreieva, the general director of Mastercard in Ukraine and Moldova.
The NBU could also use digital money to pay subsidies for utilities, cover other forms of social assistance, or settle procurement contracts. It would allow the government to control the flow of funds and avoid corruption.
In September, Ukraine’s Ministry of Digital Transformation announced that its employees may be able to receive salaries in e-hryvnia this year as an experiment, with a full launch at the end of 2022 — when the law on payment services allowing the NBU to use the digital currency as a mean of payment will come into force.
Ukraine has all the necessary conditions to continue the e-hryvnia project, according to Yarmolenko.
Legislation regulating virtual assets which was adopted by the parliament in September awaits presidential approval. In June, the parliament passed a law on payment services, allowing the NBU to issue digital hryvnia. This law defines e-hryvnia as a means of payment, contrary to cryptocurrency.
Impact on cryptocurrency
Central banks love stability. It builds trust and prevents risks. That is why cryptocurrency is an outlier in the world of traditional banking. It is highly volatile, hard to control and almost impossible to predict in the long-term.
The country’s attitude toward virtual currencies, including cryptocurrency, is changing fast, but the e-hryvnia has pros and cons, especially compared to private cryptocurrency.
On the one hand, the e-hryvnia would be more reliable and less volatile than cryptocurrencies because the central bank would back it up. It could also help trace suspicious digital funds.
The risk also lies in security: if hackers gain access to the system, they can potentially siphon off money from the country’s electronic vault.
On the other hand, private cryptocurrency is more attractive for speculators because its exchange rate is determined by supply and demand rather than by the policy of the central bank.
Cryptocurrency also offers the anonymity and privacy that central bank digital currencies want to avoid.
Still, Yarmolenko said that the Ukrainian community of cryptocurrency owners doesn’t mind if the government introduces payments in e-hryvnia because these currencies operate on different markets.
One thing is certain for the bank, the e-hryvnia could be a game-changer in Ukraine.
“The e-hryvnia is a disruptive technology that could significantly change the Ukrainian payment market and redistribute the power among its players,” the NBU said.
Ukraine E-Hryvnia