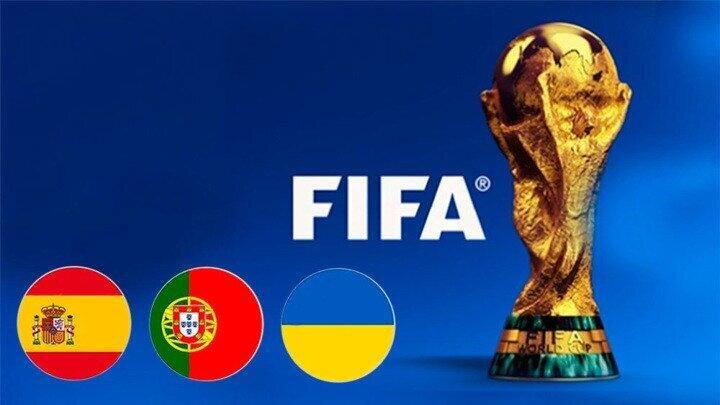 Amid a military conflict with Russia, Ukraine has stepped up to join the only European bid to organise the world’s biggest team sports competition in 2030, despite the agreement between the FPF and RFEF having already been signed two years ago this month.

“The Portuguese Football Federation (FPF) and the Royal Spanish Football Federation (RFEF) have incorporated Ukraine in the bid for the World Cup 2030,” said the two bodies, which are presided over by Fernando Gomes and Luis Rubiales, respectively, in a statement. “The two federations communicated their intention to UEFA, which immediately expressed its full support.”

That proposal was formally submitted in June 2021 and received UEFA’s backing, but faces competition from at least one rival in South America (a joint bid by Argentina, Chile, Paraguay and Uruguay), one from Africa (Morocco), and one intercontinental one (Saudi Arabia, Egypt and Greece).

“The World2030 coordinating committee, led by António Laranjo, will now include representatives of the Ukrainian delegation,” the two federations stated. “The bid from Portugal, Spain and Ukraine will meet the deadlines for the submission of their specifications to FIFA. We believe that the world football family will support this initiative.”

Qatar will host the 22nd World Cup finals this year, from 20 November to 18 December, followed in 2026 by an unprecedented co-hosting by three countries (Canada, the US and Mexico) 2026. The 2030 finals will mark the centenary of the competition.

The choice of host countries for the 2030 World Cup finals is to be made at the 74th FIFA Congress, to be held in 2024, EURACTIV reports.