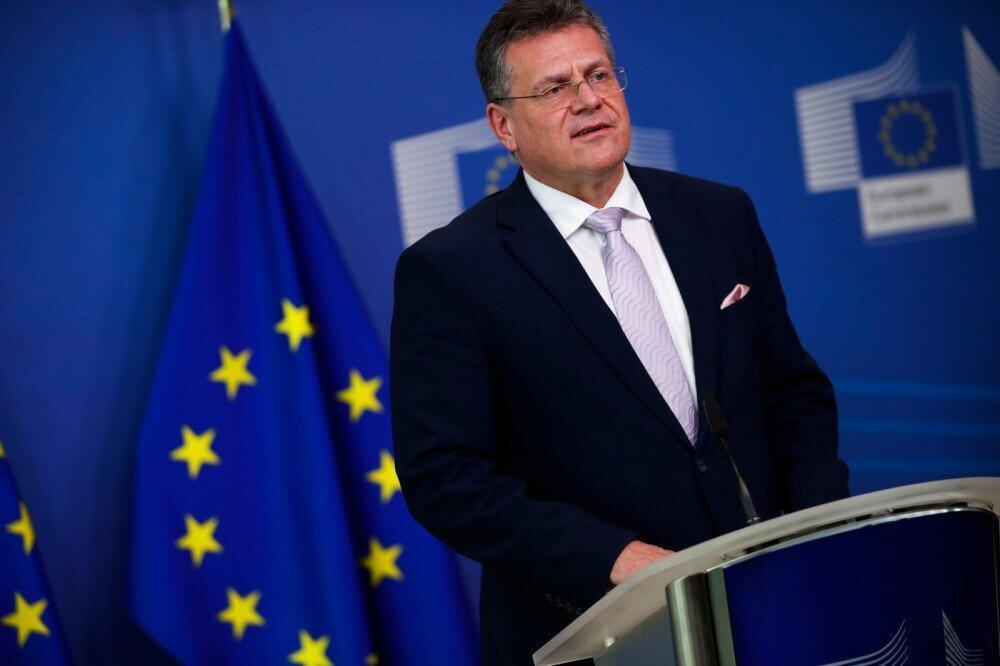 Back
The second tranche of the EU's macro-financial assistance will be provided to Ukraine immediately after the country takes steps to strengthen the rule of law and reform the judicial system, Vice President of the European Commission Maros Sefcovic has said.

“It is very important to see the determination of the Ukrainian leadership to reform the judicial system in accordance with the recommendation of the Venice Commission. We also welcome the commitment of President Zelensky to tackle the influence of oligarchs in the political and economic life of Ukraine. All these steps, which I spoke about, will make Ukraine stronger and more stable. In addition, it will bring other support through macro-financial assistance. Last December, EUR 600 million was disbursed, and I think that when all the steps that I have mentioned are completed, the second tranche will be provided immediately," Sefcovic said in an interview with Interfax-Ukraine, UkrInform reports.
In addition, he stressed that Ukraine's achievements over the past three decades had been very impressive.

“You had a lot of problems; you had an invasion, an annexation of your territory. As you know, the EU has always been on your side. Take a look at the macro-financial assistance worth EUR 16 billion - I think this is the biggest aid that Ukraine has ever received. And we are ready to continue these efforts. ... You have made significant progress in reforming the media sector, public administration, combating corruption, and macroeconomic stabilization," Sefcovic explained.

On July 14, the Verkhovna Rada of Ukraine passed the Law "On Amendments to Certain Laws of Ukraine Concerning the Procedure of Election (​Appointment) to the Positions of Members of the High Council of Justice and Activities of Disciplinary Inspectors of the High Council of Justice", which sets forth the agency reform.
Ukraine European Union Judicial Reform