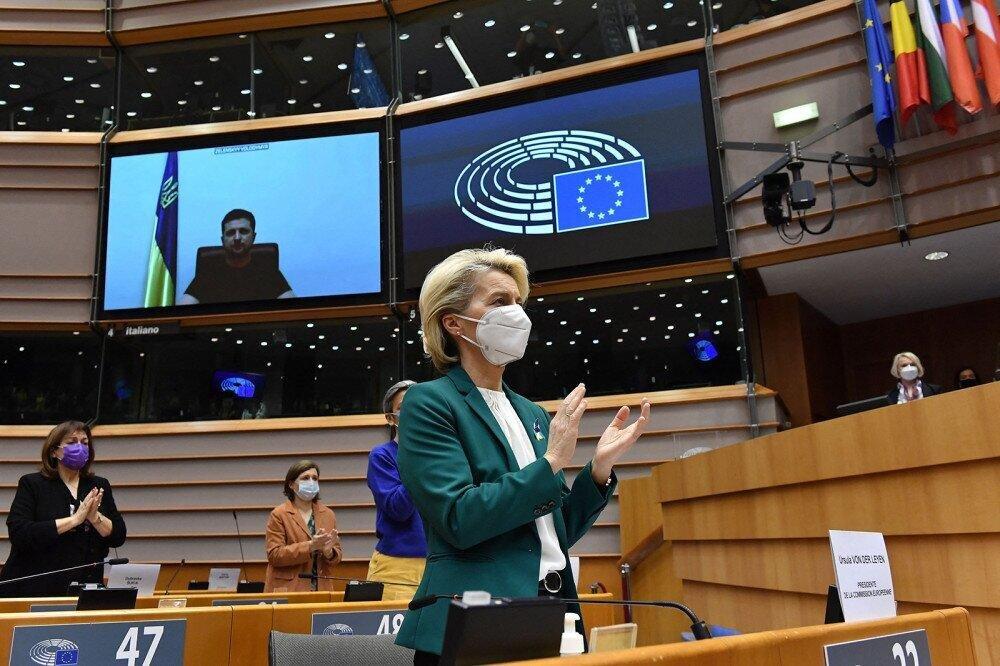 Back
There is widespread support for Ukraine to become a member of the European Union, the European Commission Vice President Margaritas Schinas told CNN’s Becky Anderson on Tuesday.
The statement comes after Ukrainian President Volodymyr Zelensky called on European leaders to “prove” their solidarity with Ukraine a day after signing an official request to join the European Union.
“Nobody forgets that democracy was born in Ukraine after young Ukrainians were shot at for waving EU flags in Maidan (Square). We do not have short memories in Europe. We know that Ukraine is a part of the family and they are absolutely right and legitimate in their request to formally join the European Union,” Schinas said.
He also said that the EU is set to announce blanket protection status for all those fleeing war in Ukraine that would give them automatic access to the EU’s health, education and housing facilities. That decision, Schinas said, along with the EU using its funds to buy weapons for Ukraine are “unprecedented steps.”
He told CNN he is confident when European leaders next meet, they will decide to set up the process at a pace that will allow for Ukraine to accede to the European Union “soon.”
When pressed by Anderson about how soon, he said “there is no set timetable in pre-accession negotiations.”
Ukraine European Commission