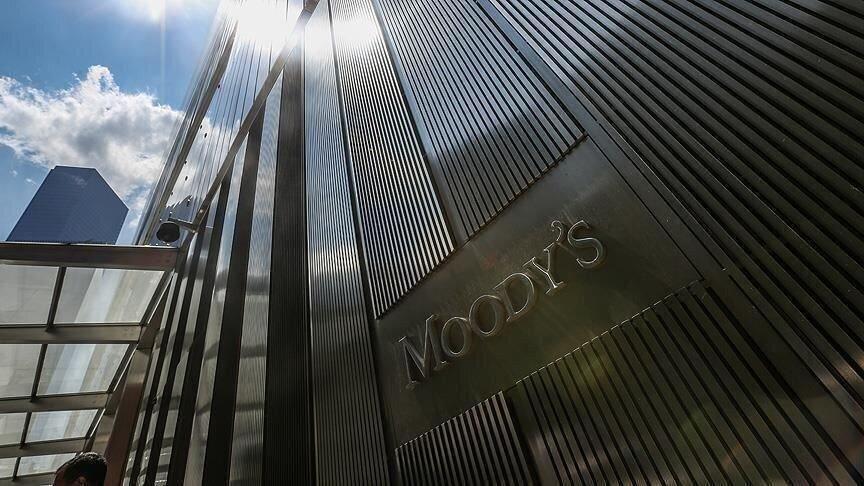 The rating affirmation and stable outlook are underpinned by ongoing development of the fiscal and monetary institutions which has enabled an effective macroeconomic policy response to the pandemic-related downturn. Structural reforms carried out during the four-year Extended Fund Facility with the International Monetary Fund have also helped to buttress the economy's flexibility in response to shocks. While fiscal metrics have deteriorated as a result of the COVID shock and the policy response to it, fiscal consolidation accomplished ahead of the pandemic created capacity for an effective policy response and provides a track record suggesting that fiscal repair will occur as the impact of the pandemic wanes. Moody's assumes that the recent political tensions will not derail the reform agenda.

Georgia's local and foreign currency country ceilings remain unchanged at Baa1 and Baa3, respectively. The four-notch gap between the local currency ceiling and the sovereign rating reflects a relatively small government footprint in the economy and strong institutions which are predictable and reliable in terms of policy action, notwithstanding a relatively high current account deficit and ongoing domestic political risks that point to some country risk. The two-notch gap between the foreign currency ceiling and the local currency ceiling incorporates Georgia's external vulnerabilities including a relatively high current account deficit and still high levels of dollarization in the economy which increase transfer and convertibility risks.

Moody's expects the economy to grow by 7.3% in 2021, following a 6.2% contraction in 2020, driven by the collapse of the tourism sector and the domestic impact of lockdowns and movement restrictions in the wake of the pandemic. The recovery is underpinned by fiscal policy support to consumption in 2021 and signs of a steady rebound in regional tourism. Remittances and non-tourism exports, such as beverages, vehicles and machinery and equipment, have also demonstrated robust growth.

Moody's expects growth to be at potential of 4-5% in the next few years, driven by increased investment in productivity-enhancing infrastructure in agriculture and manufacturing, further increases in exports to more diversified markets including Europe, partly reflecting additions to Georgia's Free Trade Agreements, and as incomes continue to rise supporting consumer spending.

Overall, the marked and sustained economic recovery is supported by effective policy. While fiscal policy took up the main burden of supporting growth during 2020, monetary policy has tightened to contain inflation pressures driven by one-off fiscal policy changes and a sharp depreciation of the lari, the latter reflecting the collapse in Georgian economic activity. The recovery of the lari in the wake of policy tightening has helped insulate the still highly dollarised banking sector.

Moody's expects inflation to fall towards the National Bank of Georgia's (NBG) inflation target of 3% from 12.8% currently after temporary factors fade and tight monetary policy offsets commodity price and international supply constraint pressures. The current account deficit will also begin to narrow from a peak of 12.5% of GDP in 2020 towards pre-pandemic levels of around 5%, as remittances and non-tourism exports grow solidly and the longer-term benefits of reforms are realized, including reform of the pension system to build domestic savings.

Moody's expects Georgia's fiscal metrics to improve, following a peak in the fiscal deficit of over 9% of GDP and increase in general government debt to 60% of GDP in 2020, from 42% in 2019. With a robust recovery and ongoing commitment by the government to its fiscal framework, Moody's expects a significant number of policies put in place to support growth to expire and revenues to recover. As a result, Moody's expects the fiscal deficit to narrow to around 5.3% of GDP in 2021 and just over 3% in 2022.

On the expenditure side, Moody's expects the expiry of a significant number of pandemic related support programs will lower government expenditure to around 28.5% in 2024 from a peak of 34.4% of GDP in 2020. The key programs which will expire include the temporary expansion of the Targeted Social Assistance program and unemployment benefits, wages and utilities subsidies and the pandemic related boost to healthcare spending.

Although Moody's expects general government debt to decline, it will remain higher as a proportion of GDPthan before the pandemic. Moody's estimate of general government debt will peak at 60% of GDP in 2020 and begin to decline towards 53% of GDP in 2024. This compares to a pre-pandemic level of 42% of GDP in 2019. Long debt maturities of mainly concessional borrowing limit the cost of debt. Debt affordability will remain strong with interest payments absorbing around 6% of revenue.

Ongoing frictions in Georgia's partisan political environment pose downside risk to the credit outlook. Recently, tensions have risen after a deal brokered by the European Parliament to resolve differences over the October 2020 elections results was repudiated by the Georgian Dream party. This has also raised the risk of negative impacts on what have been the strong and effective relationships with key technical and financial supporters in the international and development institution communities.

At the same time, broad consensus on the need for fiscal consolidation and further reforms remains. Reforms such as the automation of Value Added Tax payments, and the completion of the Extended Fund Facility (EFF) with the IMF have continued. Moody's expects key reforms in such areas as education, the State-owned Enterprise sector and development of the insolvency framework to continue, even while political differences remain unresolved.

RATIONALE FOR THE STABLE OUTLOOK

The stable outlook reflects a view that the risks to Georgia's rating are balanced. Moody's expects that the government's policy reforms will continue to support economic growth and resilience, in particular through greater diversification of economic activity over time. Ongoing efforts to raise domestic savings and investment efficiency will complement increased diversity in exports and export markets, in part reflecting the government's logistics and infrastructure spending plans. Moody's also expects stability in both the domestic and geopolitical situation, notwithstanding the domestic political frictions over much of the last 2 years. Overall, Moody's expects an environment conducive to further economic and institutional reforms.

These factors are balanced by still significant banking sector risk - related to still high, albeit declining, levels of dollarisation - and uncertainties around the extent to which the economy will see productivity gains in key sectors such as agriculture, which has failed to attract substantial domestic or foreign investment and remains dominated by subsistence producers. Furthermore, despite rising savings, Georgia's structural current account deficit and very large net international liability position represent significant exposure for the sovereign to potential negative turns in external financing conditions. Demographics and an ageing population remains a key source of social risk for Georgia's long-term potential growth rate. Uncertainties around inflation add to the downside risks, in light of the recent sharp increase, may turn out to be more persistent than we expect and test the National Bank of Georgia's credibility and effectiveness.

Georgia's ESG Credit Impact Score is moderately negative (CIS-3), reflecting exposure to demographic and employment challenges and, to a lesser extent, environmental, largely physical climate, risks; mitigated by Georgia's sustained track record of solid governance and institutional strengths which have contributed to ongoing increases in incomes and, together, support an capacity to respond to social and environmental challenges.

Governance does not pose significant risks and Georgia's track record suggests robust capacity to address some of the environmental and social challenges highlighted above. Georgia has had significant success in building institutional capacity and economic reforms which have supported flexibility in labour and product markets, supporting moves towards higher value-added activities in sectors like agriculture and increasing access to a broader range of export markets.

FACTORS THAT COULD LEAD TO AN UPGRADE
Moody's would likely upgrade the rating if progress towards reforms that sustainably raised domestic savings, including lifting public saving, and reducing external vulnerability, were faster than it currently expects. Measures that bolster the resilience of the banking system further would also be credit positive. Economic reforms that foster greater economic diversification and higher productivity growth over time would raise Georgia's economic strength and potentially support the rating.

FACTORS THAT COULD LEAD TO A DOWNGRADE
Moody's would likely downgrade the rating if there was there was a significant sustained increase in external vulnerability risks, notably a widening gap between domestic savings and investment, or an escalation of geopolitical risks. A sustained deterioration in fiscal metrics could also put downward pressure on the rating. The principal methodology used in these ratings was Sovereign Ratings Methodology published in November 2019 and available at www.moodys.com.

Alternatively, please see the Rating Methodologies page on www.moodys.com for a copy of this methodology. The weighting of all rating factors is described in the methodology used in this credit rating action, if applicable.