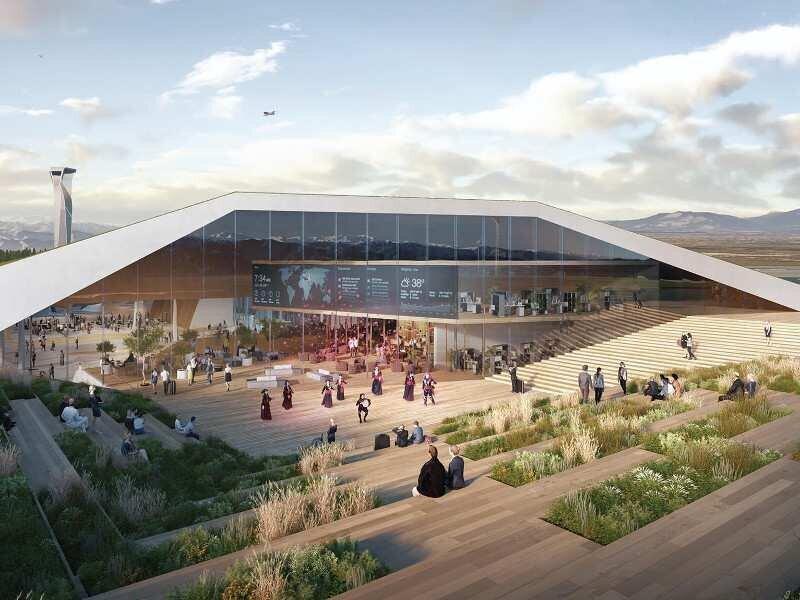 Back
United Airports of Georgia is to issue a tender for two airside duty free spaces at Kutaisi International Airport next month. New food & beverage concession opportunities will also follow as part of a terminal extension project which will add approximately 1,000sq m of commercial space, more than quadrupling the current offer.
The contract for the two duty free stores – an existing 148sq m space and a new 420sq m shop – will be of minimum five years’ duration, with a two-year extension option.

The larger space – located immediately after passport control – will become the flagship duty free store at the airport, with the smaller location exclusively devoted to Georgian products under the terms of the tender.

United Airports of Georgia confirmed that the highest bidder will win the contract, subject to negotiations on concept, design and product ranges.
The duty free concession will be contested via an online auction. The airport operator said that an independent auditor will set the yet to be announced Minimum Annual Guarantee (MAG). The rent structure will entail the MAG as well as 25% of monthly revenues, with the higher amount being payable in the respective month.
United Airports of Georgia Executive Manager Ana Chikovani told The Moodie Davitt Report: “We usually work with percentage of revenues and MAG – COVID-19 has not affected this specific decision, however certainly we will be trying to keep MAG as low as possible, counting more on revenues and ensuring fair sharing of risks between the airport and the duty free operator.”
Asked for more details about the requirements for the Georgian concept store, Chikovani said: “The 148sq m space must be dedicated to Georgian products only, with a high emphasis on wine. Georgia is positioning itself as a ‘cradle of wine’, with its 8,000 years of winemaking tradition – that’s the reason wine will naturally be the main driver. That said, there is no restriction on the variety of products, provided they are of Georgian origin.”
ATÜ Duty Free – the joint-venture between TAV Airports Holding and Unifree Duty Free/Gebr. Heinemann – has held the duty free contract at Kutaisi Airport since 2014. The operator reported a year-on-year duty free revenue increase of +30% in 2019.
The remaining 432sq m of new commercial space in the terminal expansion at the airport is earmarked for new F&B concessions. At present, there are only two F&B outlets at the airport from Dunkin’ Donuts and a local Georgian brand. Details of the tenders for new F&B opportunities will be announced by January next year.

The airport – which served approaching 900,000 passengers in 2019, a rise of +42% – is the only low-cost hub in the Caucasus region, featuring services from European budget carriers Wizz Air and Ryanair.
The terminal extension project is scheduled for completion in April 2021, and will increase total space to nearly 25,000sq m.
United Airports of Georgia Duty Free Kutaisi International