US and EU Ambassadors Respond To The Protests Against Namkahvani HP 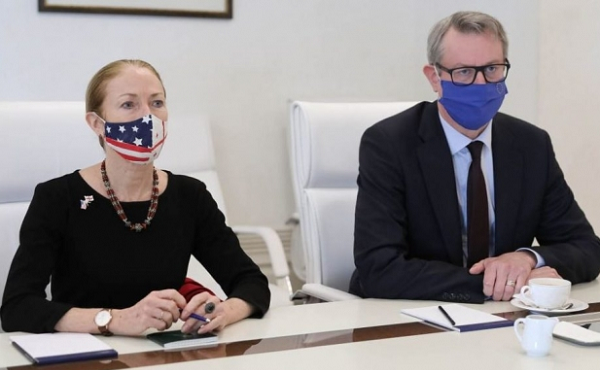 US and EU Ambassadors respond to the protests against Namkahvani HPP. US Ambassador to Georgia, Kelly Degnan declares that the government must listen, consider and take into account the concerns of the public. According to her, freedom of expression is very important.

"The government needs to find a balance between Georgia's energy independence and diversification so that Georgia does not depend on Russian electricity. Georgian citizens do not have to pay a lot for electricity bills. This is a difficult balance, but the most important thing is to listen to the excitement of the community and involve them in the development of these energy projects, "- said Kelly Degnan.

EU Ambassador to Georgia Carl Hartzell calls on the sides to engage in dialogue regarding the Namakhvani HPP issue. Ambassador underscored the importance of transparency.

“I call on the sides to start a dialogue and create a platform where all actors will be involved. I think transparency is important to have a solid assessment of what lies at stake. I welcome the involvement of the Secretary of Energy Security Council. It was perceived positively by both sides. I hope the process will move forward,” Hartzell said.

Opponents of Namakhvani HPP construction are holding a rally in Tbilisi.