Back
US Embassy in Tbilisi posted a Tweet that depicts the highlighted parts of the April 19 agreement regarding judicial reform and the rule of law. This comes as a response to the Georgian Dream's Decision to continue the judicial election process. According to the decision of the Georgian Dream, the process of appointing judges to the Supreme Court will not be suspended. Irakli Kobakhidze, the chairman of the party, said about it at the briefing held after the political council. Kobakhidze says that the parliament will listen to the candidates for judges and will make a decision on their appointment. 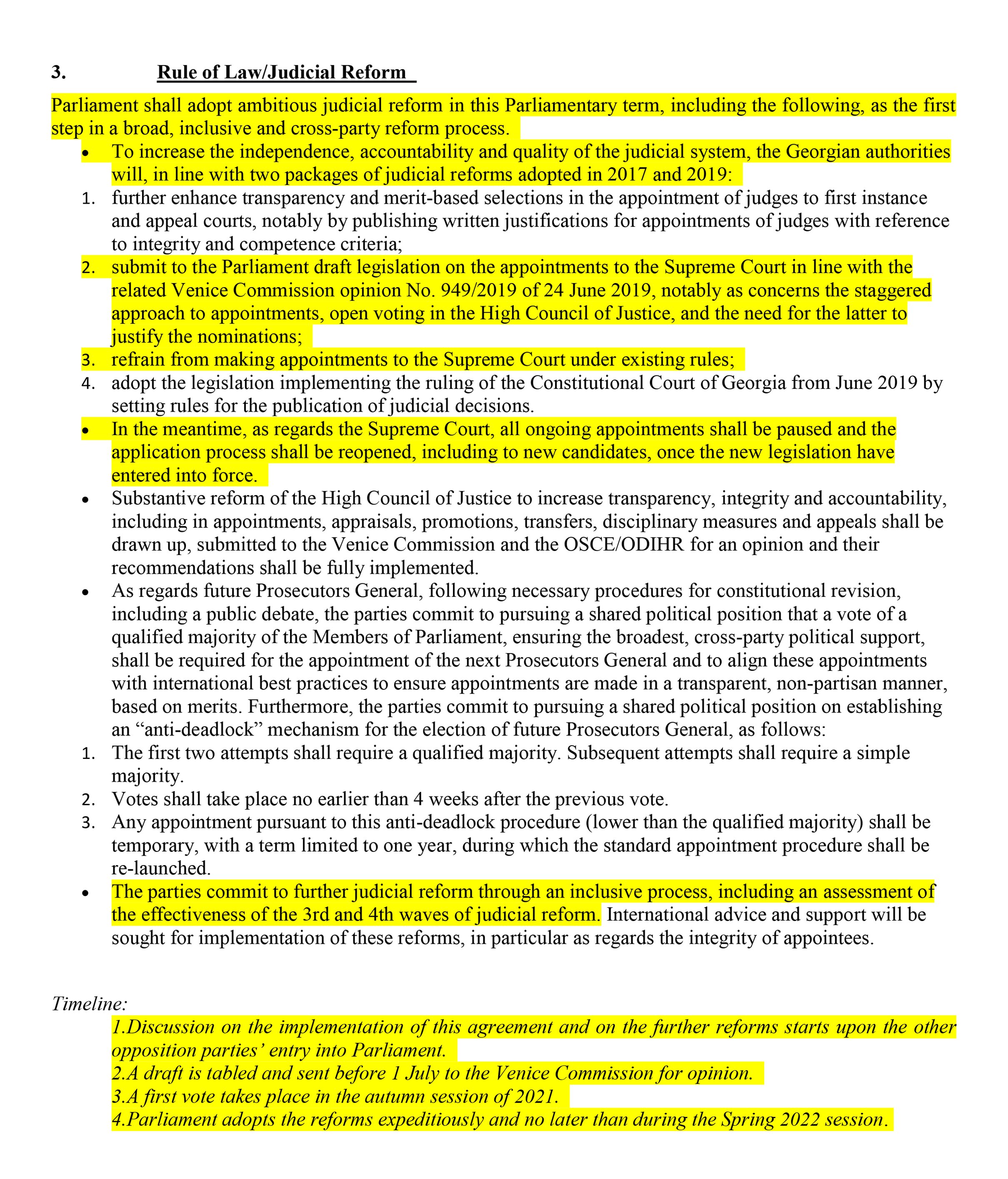