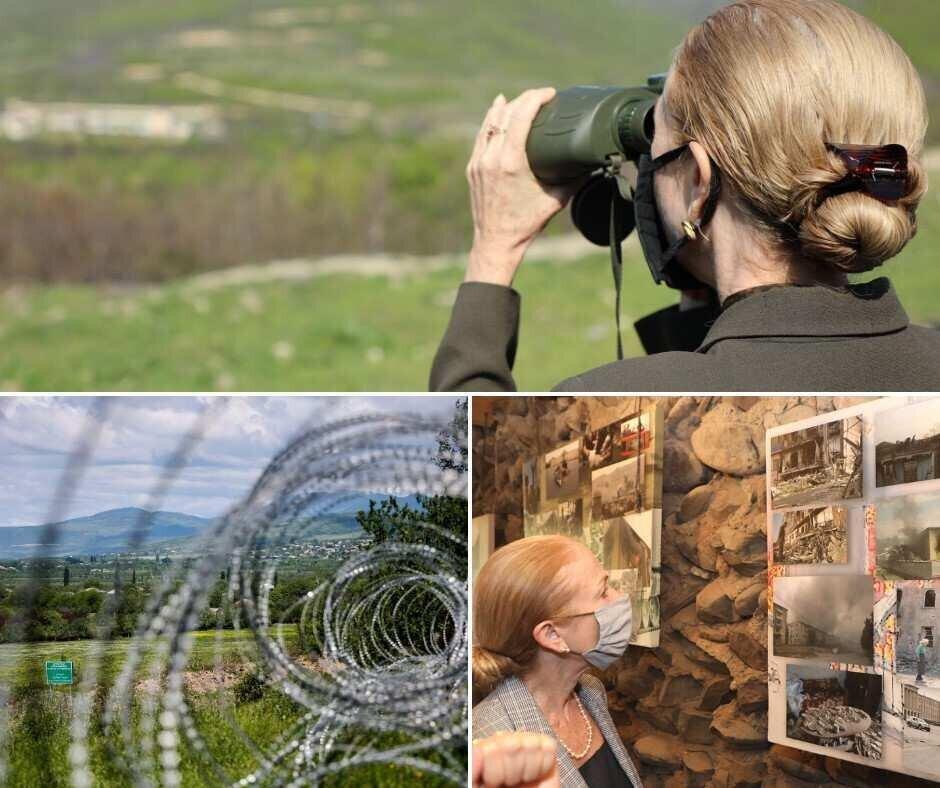 We call again on Russia to reverse its recognition of the so-called independence of Abkhazia and South Ossetia. It is essential for hundreds of thousands of IDPs and refugees to be able to return safely and with dignity to their homes, - reads the US Embassy statement with regards to 12th year anniversary of Russo-Georgian War.

As the statement notes, Russia violates the ceasefire agreement while its "border" guards detain civilians and use violent force along the Administrative Boundary Line.

"Twelve years have passed since Russia invaded the Georgian regions of Abkhazia and South Ossetia. August 7 is a somber reminder of the thousands who have suffered and continue to suffer in the wake of Russia’s invasion.

Today, we remember residents forced out of their homes and forced to live as internally displaced persons. We remember innocent civilians who died because the de facto authorities closed the Administrative Boundary Lines (ABL) and denied them access to emergency medical care. We remember families torn apart and robbed of their livelihoods by illegal “borderization” activities. As the whole world grapples with the effects of COVID-19, Georgia also suffers from the loss of trade between communities now cut off by arbitrary lines, further hampering economic recovery.

In the past year, we also witnessed a major Russian-led incursion, attempting to control hundreds of meters of additional Georgian territory at Chorchana-Tsnelisi. Russia continues to violate the conditions of the 2008 ceasefire agreement. Russian “border” guards detain civilians and use violence along the ABL, including recently shooting a Georgian citizen. Russian-led security forces continue to encroach deeper into Georgian territory, trying to expand the occupied territories meter by meter.

Russia’s responsibilities under the 2008 ceasefire agreement are clear: Russia must withdraw its forces to pre-conflict positions and allow unfettered access for the delivery of humanitarian assistance. We also call again on Russia to reverse its recognition of the so-called independence of Abkhazia and South Ossetia. It is essential for hundreds of thousands of IDPs and refugees to be able to return safely and with dignity to their homes. The United States’ commitment to our friends and partners in Georgia remains steadfast. We stand with the people of Georgia and join them in calling for these communities, divided by Russian aggression, to be united once again", - reads the statement.