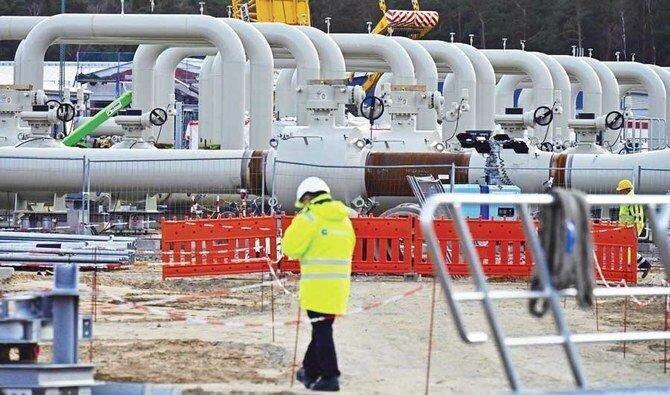 Back
The US and Germany have announced a deal to allow the completion of a controversial Russian gas pipeline to Europe without the imposition of further US sanctions.
The agreement aims to stanch fears about European dependence on Russian energy, but it was immediately assailed by critics who said it does not go far enough.
Under the terms of the deal on Wednesday, the US and Germany committed to countering any Russian attempt to use the Nord Stream 2 pipeline as a political weapon. And, they agreed to support Ukraine and Poland, both of which are bypassed by the project and fear Russia’s intentions, by funding alternative energy and development projects.
“The US and Germany are united in their determination to hold Russia to account for its aggression and malign activities by imposing costs via sanctions and other tools,” they said in a joint statement that covered Nord Stream 2 as well as Russia’s support for separatists in Ukraine.
“Should Russia attempt to use energy as a weapon or commit further aggressive acts against Ukraine, Germany will take action at the national level and press for effective measures at the European level, including sanctions, to limit Russian export capabilities to Europe in the energy sector,” it said. The Nord Stream 2 project has posed a major foreign policy dilemma for the Biden administration. US officials from both parties have long feared that it would give Russia too much power over European gas supplies. But the pipeline is almost completed and the US has been determined to rebuild ties with Germany that were damaged during the Trump administration.

Poland and Ukraine expressed their displeasure over the decision to allow the pipeline’s completion and said the efforts to reduce the Russian security threat were not sufficient.

The agreement is not a clear political win for either President Joe Biden or German Chancellor Angela Merkel, an unabashed supporter of the pipeline who will step down later this year. For Biden, he risks appearing weak as it relates to Russia, and Merkel’s governing party faces a serious challenge from Germany’s Green Party, which opposes the pipeline, in September elections.
Still, the two sides committed to supporting a $1 billion fund for Ukraine to diversify its energy sources, of which Germany will provide an initial $175 million grant. And, Germany guaranteed that it would reimburse Ukraine for gas transit fees it will lose from being bypassed by Nord Stream 2 until 2024, with a possible 10-year extension.
The Kremlin said Russian President Vladimir Putin spoke with Merkel on Wednesday and they discussed the possibility of extending a deal on transit of Russian gas via Ukraine after 2024.
Germany United States Russian Gas Pipeline energy