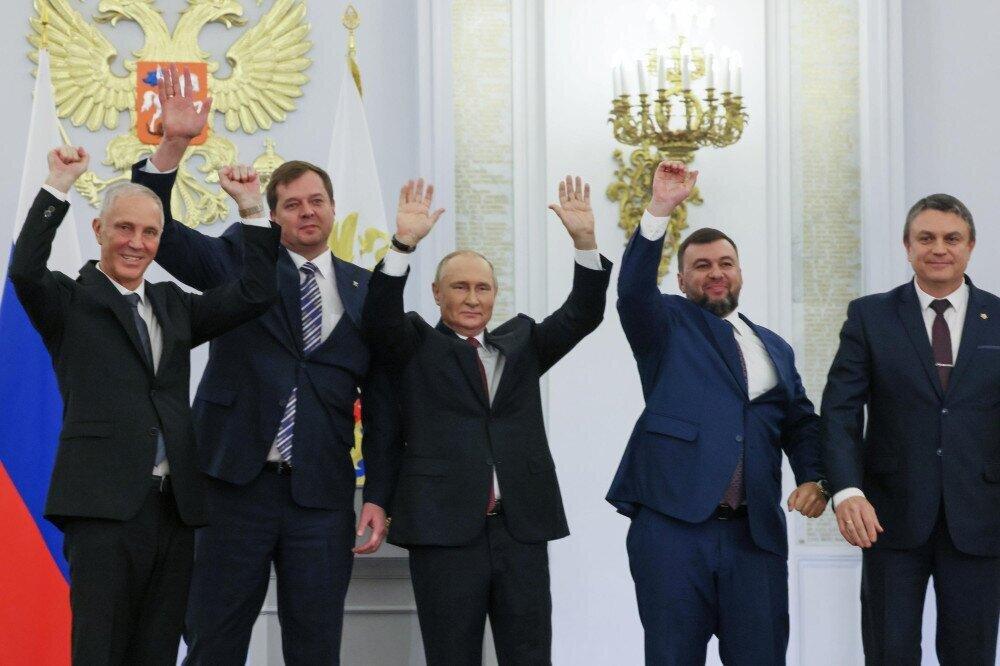 The US issued another round of sanctions against Russia and Vladimir Putin’s allies on Friday after the Russian president declared the annexation of four Ukrainian regions.

Washington also warned that it would sanction anyone outside of Russia who looks to provide political or economic support for the purported annexation.

“We will not stand by as Putin fraudulently attempts to annex parts of Ukraine. The Treasury Department and US government are taking sweeping action today to further weaken Russia’s already degraded military industrial complex and undermine its ability to wage its illegal war,” said Treasury Secretary Janet Yellen.

A Chinese company was also designated on Friday for what the Treasury said was supporting a US-designated Russian defense procurement company.

A former advisor to Putin, the first deputy governor of the Russian central bank, a deputy prime minister and family members of other national security council officials were also sanctioned.

“The Treasury Department, US government, and our allies will not hesitate to take swift and severe actions against individuals and companies inside and outside of Russia who are complicit in this war and these sham referendums,” Yellen said.

Meanwhile, the State Department said it was placing visa restrictions on 910 individuals, including members of the Russian military, Belarusian military officials, and Russia’s proxies, “for violating Ukraine’s sovereignty, territorial integrity, and political independence.”

US officials and much of the international community had previously said they would never recognize Russia’s annexation of Ukrainian lands.

After Putin’s move on Friday, US President Joe Biden said it had no legitimacy and said the US would continue to give Ukraine weapons to defend itself. “And I look forward to signing legislation from Congress that will provide an additional $12 billion to support Ukraine,” Biden said, Alarabiya reports.