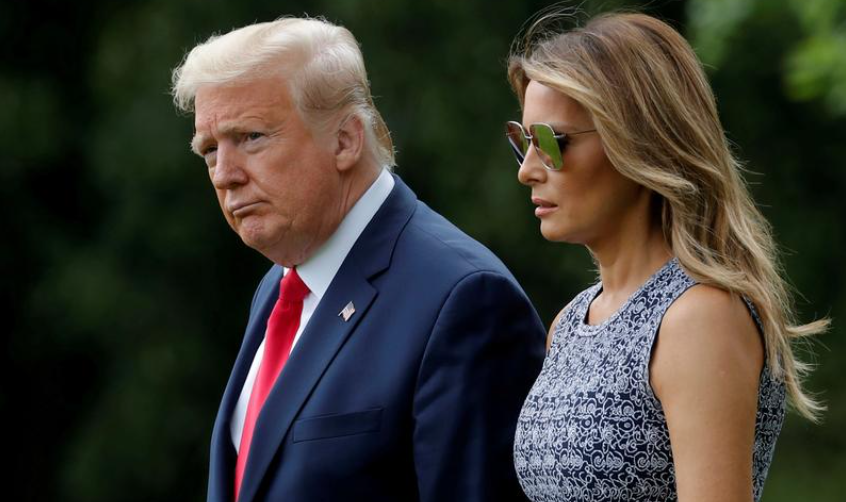 U.S. stock futures extended losses on Friday after President Donald Trump said he and his wife had tested positive for the coronavirus, weeks ahead of elections.

Futures for the S&P 500 EScv1 slid 1.21% by early afternoon in Asia, while Treasury yields also fell.

The U.S. dollar rose, particularly against the British pound, the Australian and New Zealand dollars in a sign of risk aversion.

Trump earlier said on Twitter that he and his wife had been tested for coronavirus after Hope Hicks, a senior advisor who recently traveled with the president, tested positive.

He later tweeted he and the first lady had tested positive: “We will begin our quarantine and recovery process immediately,” he said.

Trump’s positive could cause a new wave of market volatility as investors brace for the hotly-contested presidential election in November.

“It has the potential to reduce Trump’s campaigning ability. He’s got a lot on and it’s an interruption,” said Sean Callow, currency strategist at Westpac in Sydney.

“It also hurts him as far as the whole narrative that it’s really not much to worry about - it puts the COVID crisis itself back front and centre.”

MSCI's broadest index of Asia-Pacific shares outside Japan was down 0.27%. Australia's S&P/ASX 200 index .AXJO fell 0.98% as a decline in oil and copper prices weighed on the country's resources sector.

Euro Stoxx 50 futures STXEc1 were up 0.06%, German DAX futures FDXc1 rose 0.03%, but FTSE futures FFIc1 were down by 1.02%.
Markets had been choppy early after a spate of data, including jobless claims and consumer spending, suggested that the plodding U.S. economic recovery could be losing steam.

U.S. markets kicked off the fourth quarter by closing higher on Thursday while investors tracked progress in negotiations for additional fiscal stimulus.

U.S. consumer spending is starting to slow due to a shaky jobs market. If policymakers cannot agree on more support, the U.S. economy could lose more momentum.

Traders are also waiting for the Labor Department's report on non-farm payrolls and the jobless rate later Friday, following new layoff announcements from the likes of Disney DIS.N and Goldman Sachs GS.N.

Oil prices fell more than 3% on Thursday as rising coronavirus cases around the world dampened the demand outlook, while a rise last month in member output from the Organization of the Petroleum Exporting Countries also pressured prices.