US vows to respond to "irresponsible" Russian acts 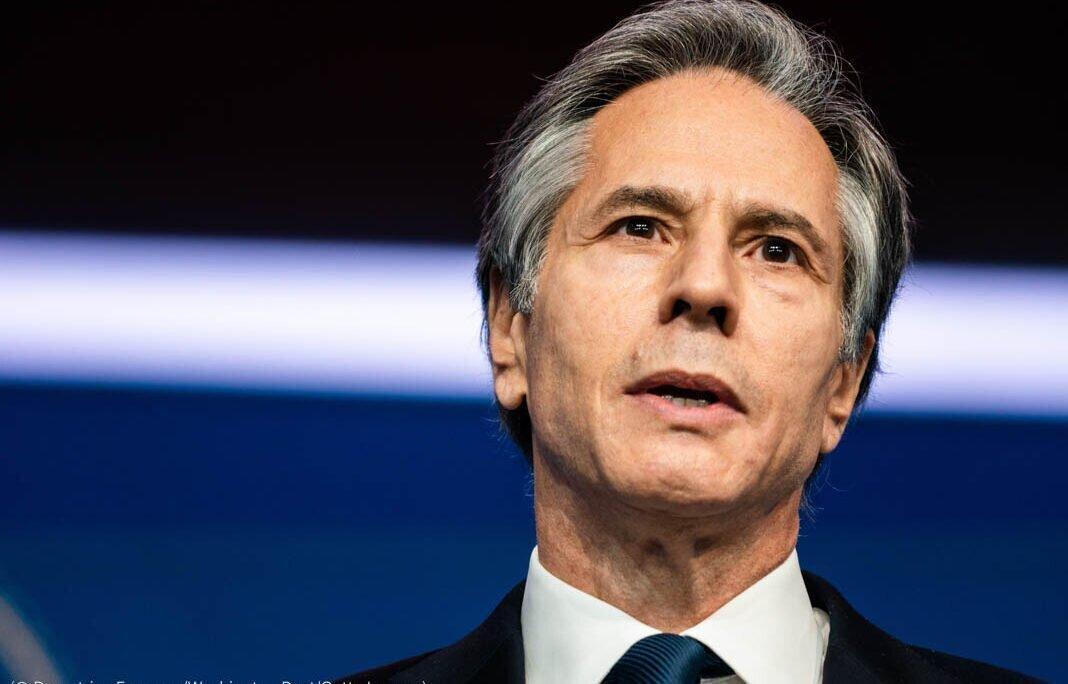 Back
The US secretary of state has told the BBC that the US will respond to reckless or aggressive acts by Russia.
Antony Blinken said the US was focused on actions such as the treatment of opposition figure Alexei Navalny, the Solar Winds hack and election interference.
"We would prefer a more stable and predictable relationship," he said.

Mr Blinken was in the UK for a meeting of foreign ministers of the G7 group of industrialised nations.
A statement issued after the two-day talks criticised Moscow for its "irresponsible and destabilising behaviour", particularly against Ukraine, and for cyber-attacks.
Back in February US President Joe Biden said, in more headline-grabbing terms, that he had made it clear to President Vladimir Putin "that the days of the United States rolling over in the face of Russia's aggressive actions… are over."
His predecessor Donald Trump had at times seemed to avoid criticising the Russian leader.
Mr Blinken told BBC Radio 4's Today Programme that the Biden administration was not trying to hold China back, stressing that the US was in favour of upholding a rules-based international system.
He said countries needed to look very carefully to see if China was investing in their strategic assets.
On Afghanistan, Mr Blinken insisted that the US was "staying in the game" and would remain engaged with the country despite its troop withdrawal.

The Biden administration has announced that the last US soldiers will leave by September.
Mr Blinken said regional powers might have to "step up" and use their influence and try to keep the country on a positive path.
Source: BBC
Russia US Politics Antony Blinken