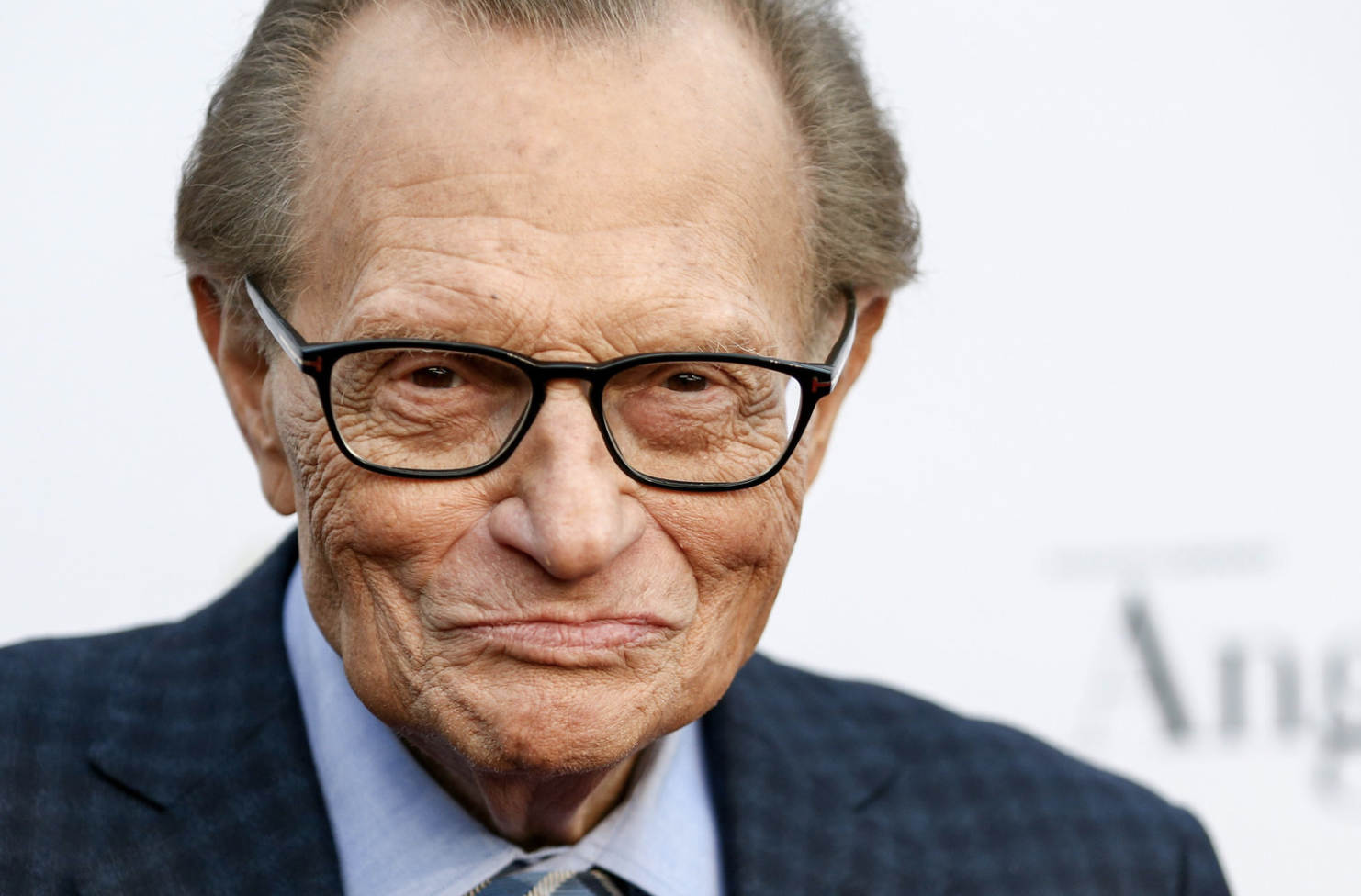 Back
With his trademark suspenders and deep baritone voice Larry King spoke with presidents, world leaders, celebrities, authors, scientists, comedians, athletes — everyone. The Peabody Award-winning broadcaster died Saturday at Cedars-Sinai Medical Center in Los Angeles. He was 87.
The death of the famed interviewer was announced on King's Twitter feed in a posting from his production studio, Ora Media. No cause of death was provided, but King had recently been hospitalized with COVID-19.
"For 63 years and across the platforms of radio, television and digital media, Larry's many thousands of interviews, awards, and global acclaim stand as a testament to his unique and lasting talent as a broadcaster," the statement read. "Additionally, while it was his name appearing in the shows' titles, Larry always viewed his interview subjects as the true star of his programs, and himself as merely an unbiased conduit between the guest and audience."
It's a philosophy that King himself spoke about in a 2017 interview with Jesse Thorne on The Turnaround podcast. "I'm always engrossed in the guest," King said. "I'm always listening to the answer. I'm always learning, so I guess I'm better every day at learning."
The Brooklyn-born King actually was an indifferent student, but said he always had an innate curiosity.
"When we would go to Dodger games, all my friends wanted autographs at the end," he said. "I never asked for an autograph, but I would walk with the players, as they're going to their cars asking questions: Why did you bunt? Why did they do this in the third inning? My curiosity is still insatiable."
King began his career as a DJ and sportscaster in Miami — and it's where he got his name, as well. When a station manager told him his given surname, Zeiger, was "too ethnic," he chose King from a liquor ad in a newspaper.
By the late 1970s, King had an overnight talk show on the Mutual Broadcasting System. Then, in 1985, Ted Turner hired him for his new network, CNN. Media commentator and author Bill Carter, a CNN contributor, said the timing was perfect.
"Picking up somebody like Larry King made a lot of sense," Carter said. "Because he had established himself kind of as a guy who would get big guests, they could have big names and promote it and it became sort of the linchpin of their prime time lineup."
King stayed there for 25 years. Some critics complained that he was too chummy with celebrities and lobbed softball questions at his guests.
"His strategy was: 'I'm never going to make the guests uncomfortable,' " Carter said. "And that means not only will they come back, but they'll tell their friends. He won't ask you about that ugly divorce of yours. You know, he'll ask you about your favorite movie. So, he didn't challenge people, but he did get information. He was pretty good at that."
King famously didn't do a lot of preparation before his interviews.
"The less I know, the better," he said. "Now that sounds strange to people. Like, if you wrote a book, I wouldn't read the book before I interviewed you, because I would then know too much about the book and I'm in the same boat as the audience. They haven't read the book."
But King knew the national zeitgeist. He covered the first O.J. Simpson trial every night.
"He basically started the cable monomania move," Carter said. "We're going to just cover this story — that's it. And in a way it was perfect for Larry, because it was celebrity oriented. It was in the news, but it was not political."
Ultimately, CNN canceled King's show because it wasn't political — competition from Fox and MSNBC took its toll on the ratings.
But King was a survivor. He was married eight times and had quintuple bypass surgery following a massive heart attack. And King took his talk show to streaming video — on Ora TV, Hulu, and most controversially, RT America, the Russian network — and kept on working.
Larry King