Vice-Premier with the Washington Times: we have very responsible citizens and manage to cope with the virus 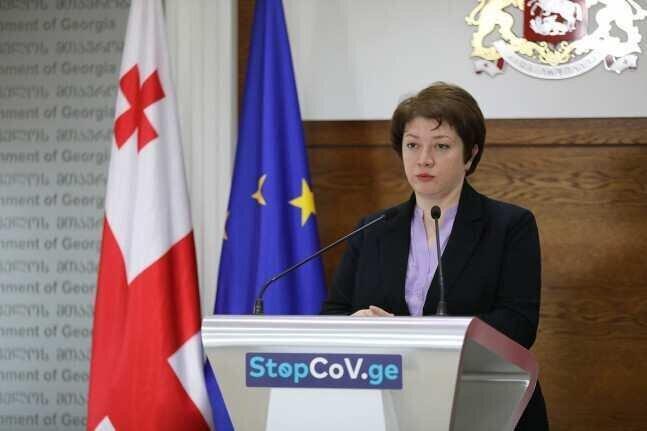 We have very responsible citizens and with that mutual accord we managed to really stand ready to cope with the virus, – Maia Tskitishvili stated in an interview with Washington Times.

“What seems to have escaped world media attention however is that the fight against COVID-19 has success stories as well, perhaps none more impressive than the country of Georgia. Sandwiched in between Russia and Turkey, Georgia has a population of 3.75 million people”. – the article reads

As the author of the article notes Georgia had only five deaths from coronavirus.

When asked by a journalist what has made things different in her country than so many places around the globe Ms. Tskitishvili said there were multiple things. “We have addressed this challenge by taking it seriously from the very beginning. First, it was very early when we made decisions, second was our careful listening to our health care professionals.” When communicating with the public, “We were quite attentive and very clear and consistent in the corona locations.” She says the most important pieces may be “the things we were doing all together – the whole population of Georgia.”

The vice prime minister points out the officials in charge of the government response were very responsive and Georgia’s people listened. “We have very responsible citizens and with that mutual accord we managed to really stand ready to cope with the virus.”

As it is noted in the article, “The Georgian people may be better prepared to deal with an unexpected challenge and to listen to their government than the populations of many countries. The last two generations of Georgians have faced multiple conflicts and difficulties, both internally and from outside forces”.

The author of the article notes that in the early 1990s, after the Soviet Union had been dissolved, Georgia was a newly independent nation. Not long after their first leader was elected, civil war broke out. The fallout impacted the entire nation. In 2008, five days of war exploded between Georgia and Russia. To say the people of Georgia are responsive and resilient to the unexpected would be an understatement.