Galt & Taggart: The Number of Doctors Is 2 Times More Than Needed 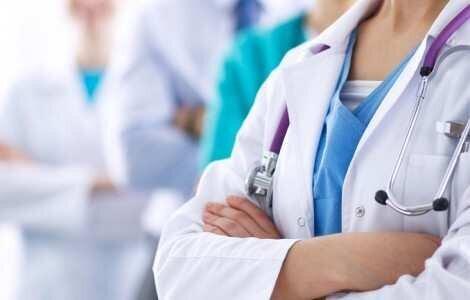 Back
"The healthcare sector has seen many transformations over the last 10-20 years. In terms of resources, the infrastructure and the provision of services to the market are mainly in the private sector's hands.

About 86% of the hospitals are privately owned, and the state owns only 14%," Galt & Taggart analyst Nino Peranidze told Business Morning in a review of the healthcare sector.
As Peranidze noted, the state's role in terms of funding has increased to 37%, while the share of out-of-pocket payments (56%) remains large.
Nino Peranidze also discussed other important issues during the review of the healthcare sector.
"The share of private insurance is still small. The state's role in the field of state funding has increased significantly in the last 10 years, which is related to the introduction of universal health care. In 2019, compared to 2010, state funding was 3 times higher and amounted to about 1.3 billion GEL.
Reduction of out-of-pocket payments is expected by 2030. First of all, the private insurance sector's development is important because it is not yet developed at the appropriate level, and an increase in public funding is also expected.
The number of beds has been expanding significantly since 2012. In 2012, if the number of beds was 11 thousand, in 2019, it rose to 17,500. This is a high rate for many highly developed countries in Europe, indicating that the sector is saturated.
The excess of beds translates into a low load. The bed load rate has been about 51% for the last 6 years.
The number of doctors and nurses has been growing every year for the last 10 years. "If we compare the developed countries with the population, the number of doctors is 2 times more than necessary, and the number of nurses is 2 times less than necessary," Peranidze said.
galt&taggart Hospital beds

Registration for Sinopharm vaccine will start on April 27, and vaccination - in early May