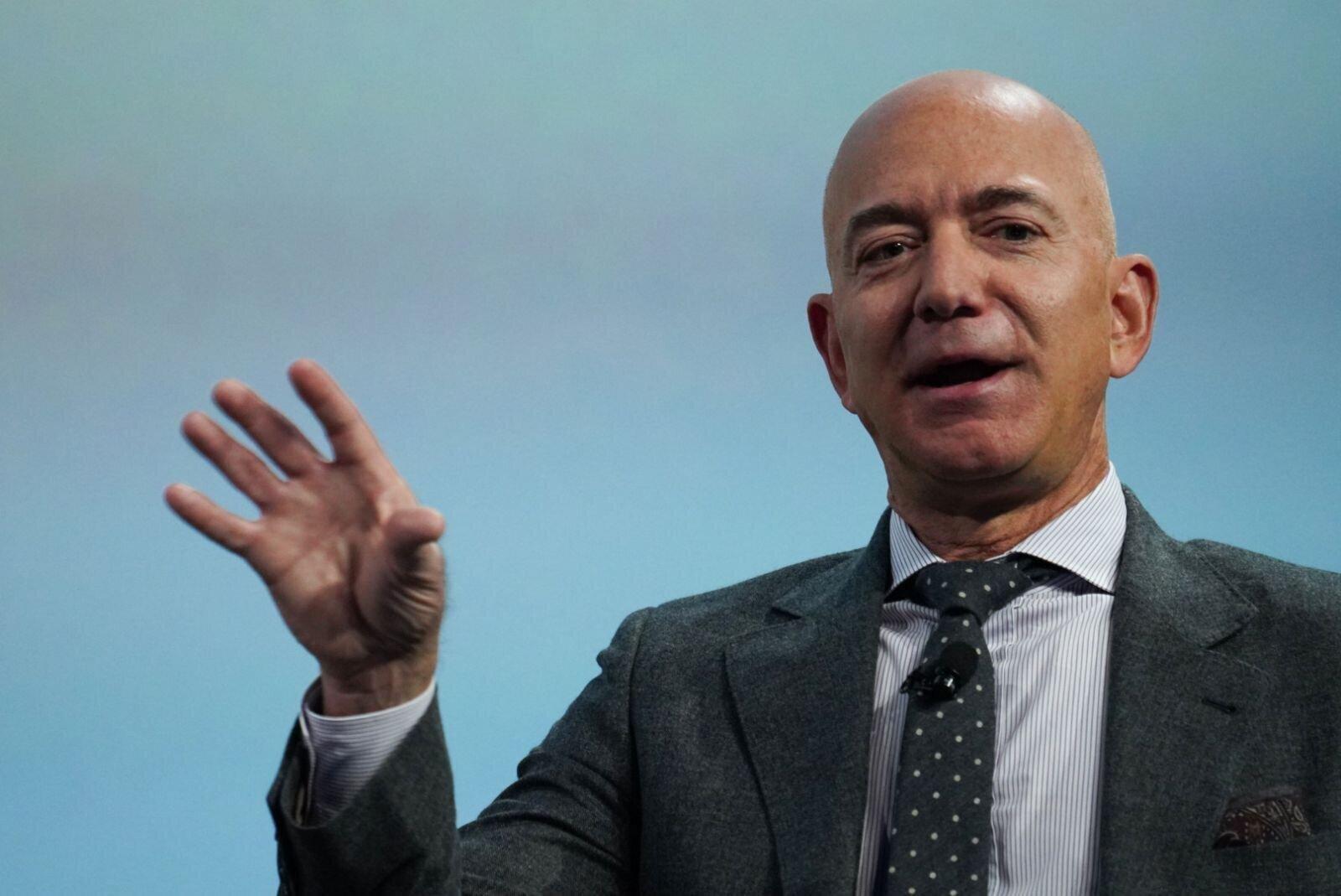 Back
U.S. stocks finished sharply higher for a second straight day on Tuesday, helped by gains in Amazon.com and Google-parent Alphabet ahead of their results and by optimism over progress on a U.S. pandemic relief package.

While Amazon.com Inc ended the regular session up 1.1%, the company shocked investors after the bell with news that Jeff Bezos would move to the role of executive chairman in the third quarter and be replaced by Amazon Web Services head Andy Jassy as chief executive officer.

The stock was flat in after-hours trading, even as Amazon.com beat estimates for holiday-quarter sales.

Alphabet shares shot up more than 6% after the bell following its earnings report. The stock ended the regular session up 1.4%.
During the session, the market’s rally was broad-based. All of the S&P 500 sectors ended higher, with the S&P 500 financials sector rising 2.5%.
More than 80% of reports from S&P 500 companies so far have surpassed analysts’ earnings expectations, with 97% of reports from technology companies beating, according to IBES data from Refinitiv.
Investors also were optimistic as Democrats in Congress prepared to take the first steps toward fast-track passage of President Joe Biden’s $1.9 trillion COVID-19 relief package.
Adding to the upbeat mood, new cases of COVID-19 in the United States fell for a third week in a row, the first time since last September.
“Some form of the Biden proposal will pass, and there are certainly investors who are willing to look down the road and think the market and economy will look brighter,” said Rick Meckler, partner at Cherry Lane Investments, a family investment office in New Vernon, New Jersey.
The Dow Jones Industrial Average rose 475.57 points, or 1.57%, to 30,687.48, the S&P 500 gained 52.45 points, or 1.39%, to 3,826.31 and the Nasdaq Composite added 209.38 points, or 1.56%, to 13,612.78.
The recent market mania driven by retail traders over heavily shorted assets showed some signs of fizzling out. GameStop Corp, one of the stocks that had been pushed up sharply in the frenzy, fell 60% on Tuesday, dropping for a second day.

“Hedge funds are looking for places to put money and the easy trade for them is to go into big-cap stocks and probably the broad market in general, just to ensure that they are not left behind,” said Tim Ghriskey, chief investment strategist at Inverness Counsel in New York, New York. “That’s probably where we’re getting all of the extra flows here.”
Wall Street’s fear gauge, the Cboe Volatility index, retreated further.
Exxon Mobil Corp posted its first annual loss as a public company.
However, its shares ended up 1.6% as its quarterly adjusted profit topped estimates.
Shares of United Parcel Service Inc climbed 2.6% after it beat quarterly profit estimates on a surge in home delivery volume due to pandemic-fueled online purchases of holiday gifts and staples.
Volume on U.S. exchanges was 14.72 billion shares, compared with the 15.6 billion average for the full session over the last 20 trading days.
Advancing issues outnumbered declining ones on the NYSE by a 2.93-to-1 ratio; on Nasdaq, a 2.91-to-1 ratio favored advancers.
The S&P 500 posted 16 new 52-week highs and no new lows; the Nasdaq Composite recorded 165 new highs and 7 new lows.
Source: Reuters
Amazon Jeff Bezos Wall Street