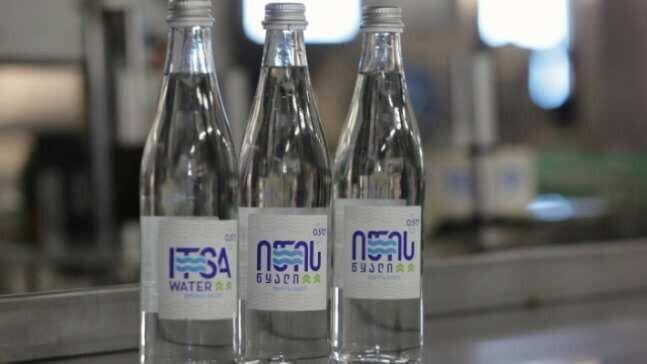 After leaving the Russian market, the mineral water-producing company Itsa Water, located in Racha, has been conducting negotiations on exports with Qatar and the United Emirates, so far, it has not received a positive response. Its founder Vladimir Gurgenidze told BM.GE that the company cannot continue production without exports.

"We still continue the negotiations, but they are constantly delaying the process sometimes even for two weeks, it is difficult to make final decisions. Until now, we were exporting to Russia, but due to the recent events, we left the Russian market", - explained Vladimer Gurgenidze.

According to him, currently "Itsa Water" is sold only in the Racha region, because the distribution price has increased so much that transportation outside the region will cause losses, and the small enterprise does not have the resources to deal with the additional challenge.

"We have not been focused on domestic production from the beginning, we only supply the Racha region, because the distribution price has increased so much that it will be a loss for us to enter other regions. We produce a very small amount every year, operating on the local market is unprofitable for us, we cannot continue production without export," says Vladimer Gurgenidze.

Gurgenidze notes that he currently employs 15-18 people in the factory, but he is experiencing a shortage of workers and says that he had to bring some people from Tbilisi.

Itsa Water was established in Ambrolauri in 2018 with an investment of GEL 2 million, in the scope of Enterprise Georgia project. The company took advantage of the preferential agro-credit within the framework of the agency's program and received the land at a symbolic price of 1 GEL.