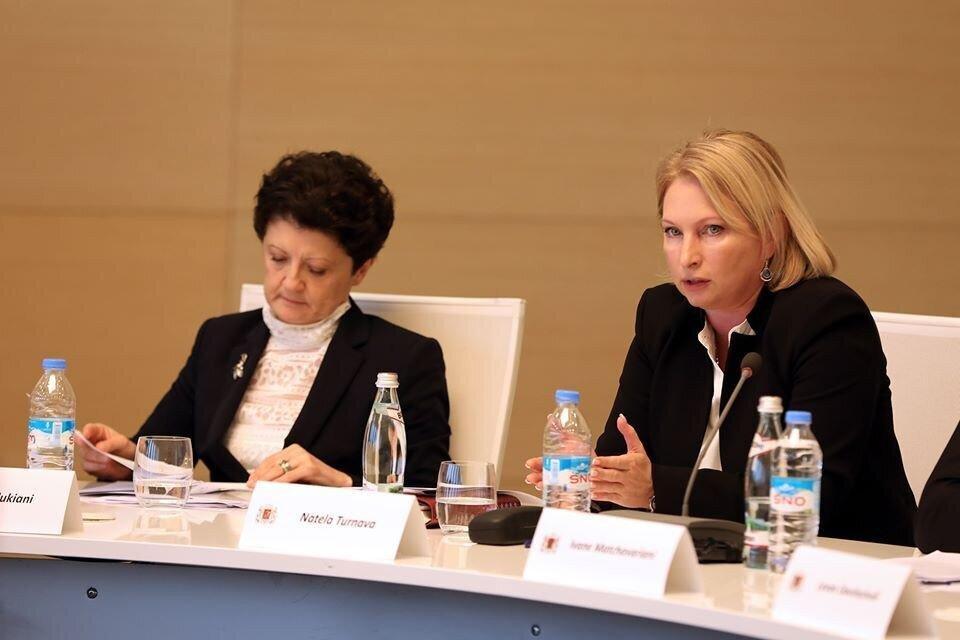 Back
We have positive expectations regarding the economic growth in May, - the Minister of Economy and Sustainable Development, Natia Turnava, said.
"The economic growth statistics for May will be known soon, and I will not reveal them yet, but just as the economic growth was very high in April, we have very positive expectations for May," Turnava said.
In April 2021, the volume of the economy increased by 44.8% compared to April of the previous year. A noteworthy circumstance is that such high economic growth is mainly due to the so-called "base effect," as the economy shrank by 16.6% in April 2020 due to the lockdown in the country. According to Geostat, the economic growth for the first four months of 2021 was 8.1%.
In May, the amount of VAT paid to the budget increased by 104% and amounted to GEL 400 million, an increase in the amount of tax paid indicates an increase in economic activity in the country.
Natia Turnava economic growth Ministry of Economy and Sustainable Development georgian economy forecasts 2021