"We hold rather comfortable shares on the market " – Does TBC Bank want to Buy Cartu? 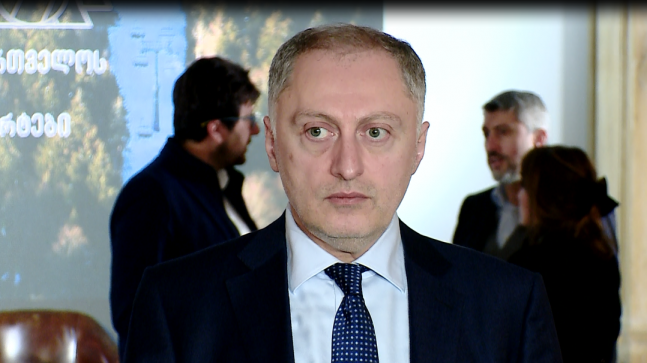 "We will not consider purchasing anything in the next few years," Vakhtang Butskhrikidze, CEO of TBC Bank, declared to BM.GE in response of the question - whether TBC Bank is interested in buying Cartu Bank.
"We have quite firm positions on market and so far, we do not think that we will make any purchases in the next few years, as we hold rather comfortable shares on the market," said Vakhtang Butskhrikidze.
To remind, Bidzina Ivanishvili noted in an interview with Magazine Entrepreneur, that he is trying to sell Cartu Bank for years.
According to him, he wants to sell the bank at a minimum price.
"Cartu Bank had a different meaning from the very first day of its establishment. It was the first investment bank and I had the same attitude. I have established it to help the country. However, there was a very weak banking system in Georgia by that time and the system needed assistance.
As the other sectors of my business, Cartu Bank has not run an aggressive business, which is typical for the banking sector, especially for new players. "Cartu" has not hampered anyone. On the contrary - when “Absolute Bank” went bankrupt and there was a risk that it would negatively reflected on the entire banking system, I completely bought that bank and its hopeless liabilities. Unlike other Georgian banks, Cartu has never had excess profits.
I have been trying to sell Cartu Bank for 3 years and I have only one condition - the bank should not be closed and two powerful players on the market must not absorb it. There should be a third - strong bank on the market. That is why I refused to sell Cartu profitably and I am ready to sell the bank at a nominal price, i.e. at the price I initially invested into equity. Liberty Bank has expressed interest to buy Bank Cartu, which is welcome. It will be good for the banking system, because the country needs a third, powerful bank", Ivanishvili says.

GBP Is the Third Most Popular Foreign Currency Among Georgian Depositors

Deposit Portfolio in Lari Increased by 15%

What Drives Decrease in Inflation? – The Economist Explains

Trump Administration Takes Final Swipes at China and Its Companies