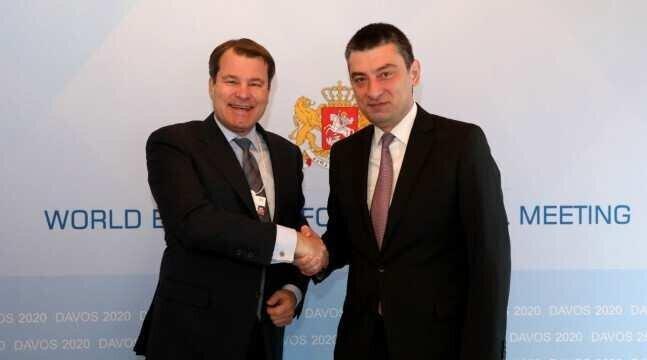 During the meeting it was noted that Georgia is one of the largest beneficiaries of the EBRD especially in the energy, agriculture and education sectors.

The PM and VP also discussed the importance of developing an inclusive economy and the private sector for Georgia.

“We have invested almost $300 million over the last year, and we have a total credit portfolio of nearly $1 billion...70 per cent of our investments are invested in the private sector,” said EBRD First Vice President Jürgen Rigterink.

The meeting was held on the sidelines of the World Economic Forum which is taking place in Davos, Switzerland on January 21-24.

Fact Sheet: Activity at the Wuhan Institute of Virology