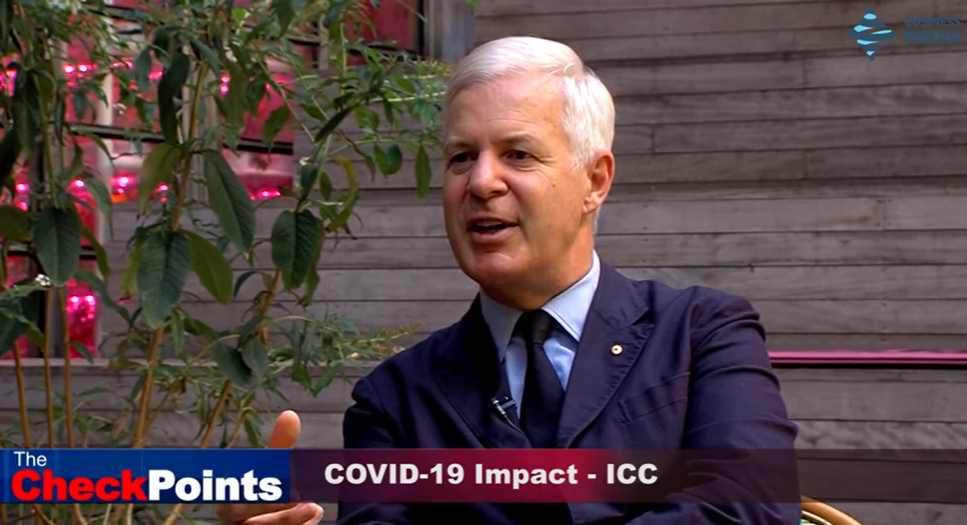 “We’ll have a look at how we operate here” – such is a position of ICC Secretary General John Denton aired in the exclusive interview with The Checkpoints. Co-author and anchor of the program Elene Kvanchilashvili asked Denton whether ICC Arbitration Court has any plans to expand its jurisdiction and include Georgia.

“One of the things that is very important to an investor – Denton told The Checkpoints - is when you invest in a jurisdiction economy that you have confidence that if there is a dispute that you will be treated fairly, and in a transparent manner”.

John Denton became Secretary General of the International Chamber of Commerce (ICC) in 2018. He is a global business leader and international advisor on policy and a legal expert on international trade and investment. Denton serves on the Board of leading global infrastructure group IFM Investors – an investment fund worth of 160 billion investment portfolio investing in infrastructure.

Speaking from the perspective of an investor, Denton emphasized that business confidence that it will be treated fairly, and in a transparent manner requires a mature and developed judicial system. “One of the challenges we see in particular with transition economies and emerging economies that want more investment – Denton told Elene Kvanchilashvili – is that they don’t fully understand how important that is”.

The International Court of Arbitration is the world’s leading arbitral institution since 1923. Although it is called a court in name, it does not make formal judgments on disputed matters. Instead, it exercises judicial supervision of arbitration proceedings.

Responsibilities include: confirming, appointing and replacing arbitrators, as well as deciding on any challenges made against them; monitoring the arbitral process to make certain that it is performed properly and with the required speed and efficiency necessary; scrutinizing and approving all arbitral awards to reinforce quality and enforceability; setting, managing and — if necessary — adjusting fees and advances, and overseeing emergency proceedings before the start of the arbitration.

“We are in the process of at the moment of selecting a new president of the court – Denton told The Checkpoints - That will be resolved by the end of this calendar year and we are doing the reset of the strategy of the court. So, we will have a look.”