Why euro falling below dollar parity is a big deal 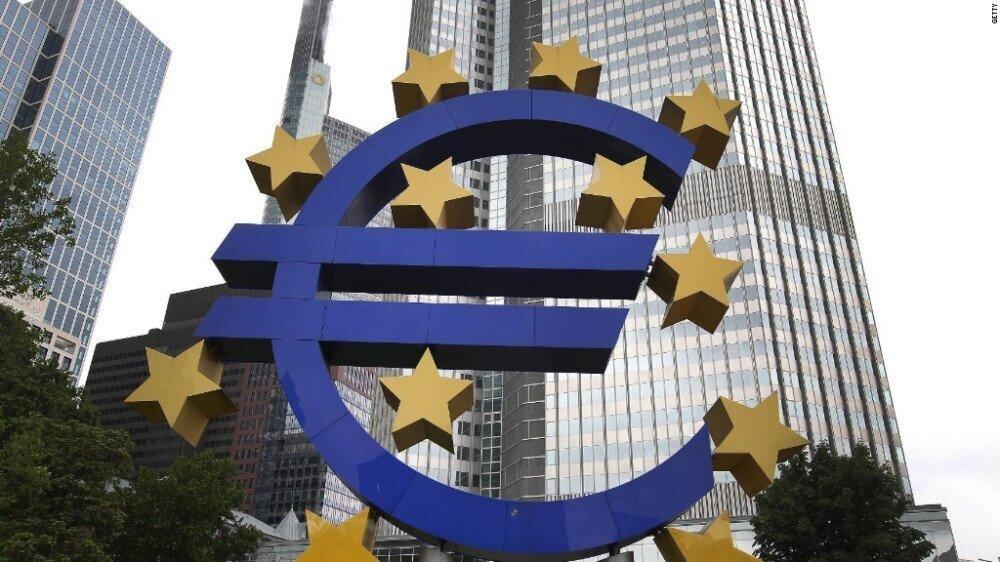 The euro has fallen massively against the dollar since Russia's invasion of Ukraine in February, dropping below the psychologically important dollar parity level as investors worry about a potential recession in the eurozone amid record-high gas and electricity prices and uncertainty around the Russian gas supply.

The single currency closed at 0.9927 per US dollar on Tuesday, according to European Central Bank data. That's the lowest it has closed against the greenback in over two decades. The current slide has been swift. Just before Russia launched the war in Ukraine, €1 was worth $1.15.

Why is the euro falling?

The general worsening of the eurozone's outlook amid soaring gas prices and fears of Russia cutting off natural gas supplies is dragging down the shared currency. The oversized reliance of major economies such as Germany and Italy on Russian gas has left investors unnerved, with economists forecasting a much quicker and more painful recession in the euro area than in the US.

Added to that is the difference in interest rate levels in the US and the eurozone. The US Federal Reserve has been more aggressive in hiking interest rates in its battle against inflation. While the US central bank has raised key rates by a combined 225 basis points since March, the European Central Bank has so far executed only a 50 basis point hike.

"The money would go to the place with a higher yield," Carsten Brzeski, chief economist for Germany and Austria at ING, told DW.

The US dollar is also benefiting from its safe-haven appeal. Amid all the gloom and doom and uncertainty around the global economy, investors are taking comfort in the relative safety the dollar offers, being less exposed to some of the big global risks right now.

What is dollar parity?

Parity basically means that $1 buys €1. It is nothing more than a psychological threshold for market participants who are well-known for their fondness for round figures.

The parity level is often a point of resistance at which the euro bulls and bears lock horns to determine which way the currency goes from there. This was the case when the euro tumbled towards parity last month. The currency avoided a close below parity after briefly falling to that level.

How does a weaker euro impact consumers?

A sliding euro will add to the burden on European households and businesses already reeling from record-high inflation. A weaker currency would make imports, which are mostly denominated in dollars, more expensive. When those items are raw materials or intermediate goods, their higher costs can further drive up local prices.

In normal times, a weak currency is viewed as good news for exporters and export-heavy economies such as Germany, because it boosts exports by making them cheaper in dollar terms. But then these are hardly normal times due to global supply chain frictions, sanctions and the war in Ukraine.

"In the current situation with geopolitical tensions, I think the benefits from a weak currency are smaller than the disadvantages," Brzeski said.

For US travelers heading to Europe though, a weak euro is a blessing. For example, at the parity level, theoretically, they would be able to exchange their $1,000 for €1,000 instead of less than €900 in February. In other words, their dollar would be worth a lot more. For businesses importing European goods, things would be cheaper in dollar terms.

How deep will be the euro's descent?

Bets that the euro would continue its fall below parity have gone up as the energy crisis in Europe worsens.

Nomura International strategists forecast that the euro could fall to as low as $0.95. US investment bank Morgan Stanley forecasts the currency will descend to $0.97 this quarter.

As the European Union looks to wean itself off Russian oil and gas, it's been scrambling to find alternatives amid fears of blackouts and energy rationing. This has led to higher energy costs.

"A ballooning import energy bill is negative for the euro and our short-term forecasts out to September continue to see EUR/USD stuck around parity," George Saravelos, Deutsche Bank's head of foreign exchange research, wrote in a note to clients last week.

"While the near-term impact of the ongoing energy crisis remains negative on EUR/USD, some of the medium-term post-summer European risks have arguably abated," he said referring to a surge in LNG imports and a much larger-than-expected drop-off in gas demand as industry switches to other fuels.

What does a weaker euro mean for the ECB?

A weak euro and the price rises that it fuels add to the challenges of the European Central Bank, which has been criticized for embarking on its rate hike cycle much later than its peers.

To make matters worse for the central bank that has the mandate to tame inflation, the euro hasn't just weakened against the dollar but also against other currencies like the Swiss franc and the Japanese yen.

"This is now starting to become a bit more broad-based euro weakness and therefore it becomes more of an inflation problem for the ECB," Viraj Patel, a foreign exchange strategist at Vanda Research, told DW.

The sliding euro was one of the factors that prompted the central bank to announce a 50 basis point rate hike in July, double the size it had signaled in June, DW reports.