What Are The Reasons For 11.6% Economic Growth In Georgia? - Galt & Taggart 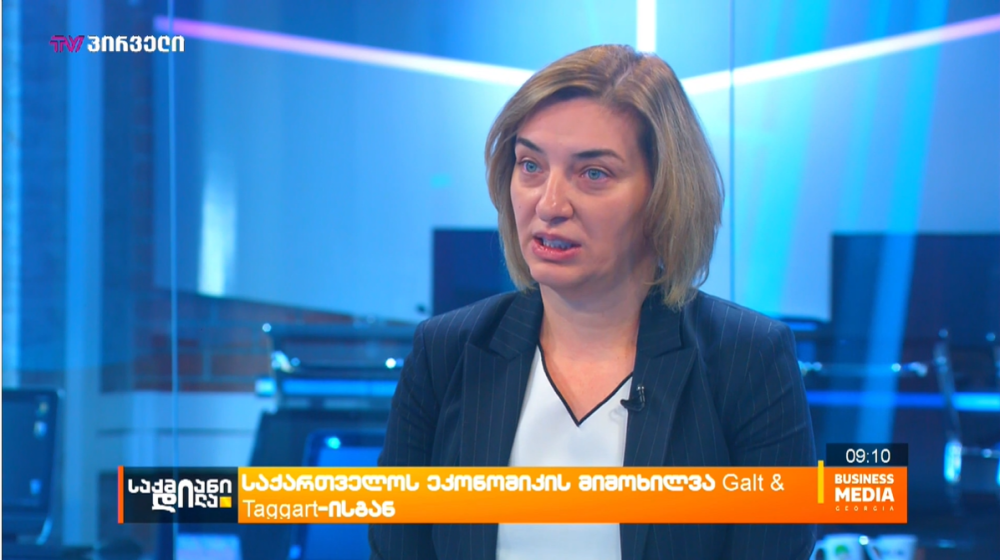 In May 2022, the Georgian economy grew by 11.6% and amounted to 11.2% in 5 months of the current year. According to Geostat, the turnover of the private sector amounted to GEL 10.2 billion in May, which was 25% more than the previous year.

Bochorishvili, the head of the research department of investment bank Galt & Taggart explains the reasons for economic growth. According to her, increased tourism, remittances, as well as exports have an impact on tourism. Considering these factors, Galt & Taggart predicts 10.6% economic growth in the country this year.

"We really have better than expected growth. A high 11.6% growth was recorded in May as well, which was a really good indicator. 1Q is also interesting, which has been adjusted in the direction of growth. In the first quarter, we have a 14.9% increase. In the quarterly adjusted indicators, the construction sector initially recorded a decrease, but it has been adjusted and we have an increase in the first quarter of the year. The construction sector is one of the leading sectors and it also has a significant contribution to the growth”, - Eva Bochorishvili declares.

According to her, by the optimistic scenario the economic growth this year will be 10.6%, while the baseline scenario will be published after the June figure is released.

“Remittances have an impact on the growth, as well as exports. Despite the war in our two main trading partners, exports increased significantly in May. Also this is the effect of tourism. In May, tourism revenues recovered by almost 100%, while we know that visitor numbers have only recovered by 52%. The effect of migrants also contributes here. We assume that the restoration of tourist flows will strengthen in the coming months. This is also an additional factor that plays in economic growth.

To summarize why do we have economic growth? - we think that the main driver is consumption, which is fueled by economic growth. Consumption is supported by remittances, income from tourism is also supported, which stimulates the economy," said Eva Bochorishvili.